While many countries are entering the fourth industrial revolution, many of our expatriate workers do not even know how to use washing machines

On June 22 UNDP, Dhaka organized an online discussion on the graduation of Bangladesh from the LDC status in view of Covid-19. The event was attended by a good number of local and foreign participants and the panelists represented the government, private sector, research and NGO communities and development partners.

Dr Fahmida, Executive Director of the Centre for Policy Dialogue, presented the key-note where she highlighted the benefits enjoyed as an LDC through international support measures (ISMs) under the GSP provisions, and the potential losses to be incurred after graduation. The negative fallout from Covid-19 is a significant break to the rate that our economy was growing. Also The Daily Star just published a research-based article, written by Dr Debapriya Bhattacharya and his colleague, explaining the promises and pitfalls of graduation.

After a long discussion over the pros and cons in times of this pandemic, it was agreed on that ultimately the decision to graduate is a political choice. Here I will mention a few points that Prof Mohammad Abdul Momen representing the BGMEA raised as a panelist.

He agreed for the graduation to go ahead in 2024, but specifically broached a few factors that should justify Bangladesh continuing to enjoy the LDC benefits even after graduation for 7 to 10 years, as GSP+. He put forward several arguments for consideration by our development partners: 1) garment sector, being the mainstay of our export economy, contributes significantly to women empowerment, as an overwhelming majority of workers are women; 2) contribution of Bangladesh to global peace-keeping, 3) the Rohingya refugees imposing a hugely extra burden on our society, and 4) unequivocal stand of Bangladesh in the global fight against terrorism. These are certainly all valid points.

Here I will add another factor for which Bangladesh really deserves special consideration: being one of the most vulnerable countries in the world to climate change, Bangladesh has turned itself as a model of adaptation and resilience. This has been recognized globally and there are huge interests beyond our border to learn from our experience.

We have some external support for achieving this, but it is quite insignificant compared to what the government of Bangladesh itself invests in addressing climate change. More than 80% of the money spent for the purpose comes from domestic sources.

The latest budget FY 2020-21 has allocated 7.5% of its total, amounting to about$3 billion. This is a huge amount for our exchequer, particularly when it is battered so badly by the Covid crisis. Bangladesh as a nano-emitter of greenhouse gases is condemned to suffer as an innocent victim, for which we have to mend almost by ourselves. This is absolutely unfair and unjust. 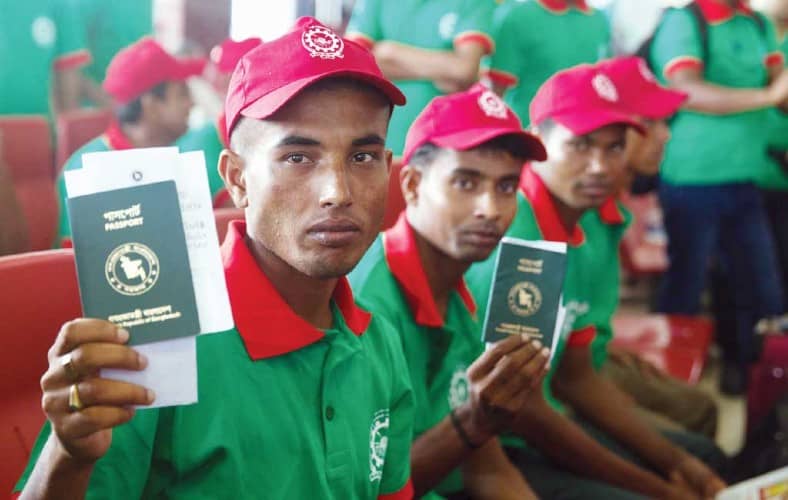 To rectify this injustice, at least partially, I will propose for an instrument, which is over two decades’ old – it is debt for nature swaps, initiated under the US Tropical Forest Conservation Act 1998. This instrument is based on non-payment of foreign debts, and instead, the amount is converted into local currency and invested for nature conservation. Based on this instrument, actually the Arannayak Foundation was established in Bangladesh back in 2003, and is co-managed by the Secretary, Ministry of Environment, Forest and Climate Change and the Director of the USAID.

I will propose the same for conversion of the debts currently incurred by Bangladesh to different donors for addressing climate change impacts and strengthening our resilience through effective adaptation. This can be called debt for adaptation swaps (DAS).

Actually, a huge number of global civil society members, after the coronavirus invasion, have submitted a memo to all our development and financier partners to cancel debt service payments, which amount to $6bn a year. Had this money been invested in strengthening the still fledgling adaptation model in an extremely climate disaster-prone country, the whole world could learn lessons from it. Isn’t it a worthy  investment for global benefit?

Next, I will focus on a realistic pathway that Bangladesh may take in transitioning to a middle-income country by the next decade. Available literature on the pathways that the graduating LDCs have traversed are synthesized into three trajectories: The first pathway has been rapid economic growth, based mainly on natural resource exploitation.

The second one related to achieving rapid growth on a combination of tourism and natural resources. This is the path taken mostly by the small island LDCs. The third pathway was characterized by increased investment in development of human capital and structural transformation, which engendered a move away from low-productivity agriculture into higher-productivity manufacturing and service sectors, leading to more diversified economies.

I think for Bangladesh, this third pathway can be the game changer in view of its huge potential demographic dividends, just waiting to be reaped. But Bangladesh still is not being able to benefit much, not just because of relatively lower investments in education and skill development, compared to other South Asian countries, but also because of weak policy-planning and its non-committal enforcement.

The importance of skill-based education was highlighted by the UN Resident Coordinator Mia Seppo in her concluding remarks of the June 22 meeting. Unfortunately, Bangladesh cuts a very sorry figure in science and technical education. Research at the Centre for Policy Dialogue shows that Bangladesh has the second lowest labour productivity even in the LDCs, despite the fact that it commands almost 18% of its population and produces almost 20% of the total LDC GDPs.

Let me give an example. While the expatriate labour force from the Philippines comprises about 60% that of Bangladeshi workers abroad, that country enjoys double the remittance of Bangladesh. This is simply because Philippino workers speak English, and command basic, technical skills. There are now growing opportunities for temporary and circular international labor migration. The Colombian model of “Temporary and Circular Labor Migration (TCLM)” between Columbia and Spain, supported by the IOM, may inform a model adapted to the Bangladeshi context.

Some reports suggest that student enrollment in science education is declining. While the world at large and many countries are entering into the fourth industrial revolution, many of our expatriate workers do not even know how to use washing machines or other simple gadgets. Therefore, this is the area where Bangladesh as a graduating country needs to target as the thrust sector. Better skills-based education and training can only contribute to structural transformation of the economy, with the utterly needed economic diversification, which enables a move up the ladder of value addition in the supply chain. This requires establishing close linkages between employers and graduates from tertiary education and graduates from technical and vocational education and training institutions.

Unless the politically dominated administrators in higher secondary and tertiary education change their predilections from building buildings, toward increasing research budgets and establishing state-of-the- art Labs, we may not be able to ride faster the third pathway to graduation, on the eve of the 50 th independence anniversary of Bangladesh.

Originally this article was published on July 29, 2020 at Dhaka Tribune.

Adaptation finance at the conflux of climate crisis, Covid-19 and debt distress

Covid-19 has hit all countries of the world, both rich and poor, but the low income countr…