Reflections on the latest climate talks

After a time extension of an extra day, the Rulebook for the Paris Agreement was adopted at COP24 in Katowice, Poland on December 15. It is a significant achievement as it will enable all countries to implement all the different elements of the Paris Agreement in a manner that can be measured, reported, and verified in a uniform manner.

However, COP24 also represents a major failure to rise towards collective action to face the global challenge which has been highlighted by the scientific community in the IPCC’S special report on 1.5 degrees Celsius.

The most vulnerable developing countries, including Bangladesh and small island countries, made this a major issue for consideration in the COP. They were also strongly supported by the civil society and by the youth. In the end they could not succeed due to the intransigence of President Trump’s US delegation, along with Saudi Arabia, Russia, and Kuwait. The battle revolved around a seemingly trivial word of whether the COP should “welcome” (which was supported by 193 out of 197 countries) or merely “note” the IPCC report (which only the four countries supported). In the end these four countries prevailed by simply welcoming the completion of the report but not its contents.

This was a major setback for both science and the most vulnerable developing countries for enhancing collective global action to keep global temperature rise below 1.5 degrees Celsius.

Nevertheless there were a number of good decisions on adaptation and inclusion of loss and damage in several tracks of the Paris Rulebook.

The Paris Agreement reached in 2015 has been a major game-changer in terms of enabling all stakeholders to independently implement the different elements of the Agreement without needing government endorsement anymore. This is best illustrated by the fact that despite President Trump’s withdrawal from the Paris Agreement, the US is on track to fulfill the commitments in emission reduction promised by Barack Obama. Despite Trump’s attempts to promote coal, investors at the state and city level in the US are moving to renewables partly because they are also cheaper.

Another example is the unofficial US pavilion at COP24, called “We are still in,” which was run by states, cities, and companies from the US; it was one of the most popular pavilions at COP24. 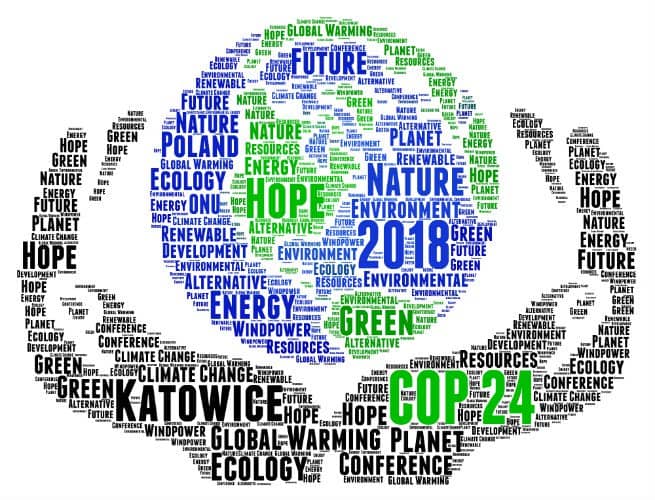 An amazing moment at COP24 was the speech of 15-year-old Swedish student Greta Thunberg who started a school boycott to protest inaction to tackle climate change in Sweden, which has been emulated in many other countries around the world. She spoke with such clarity and maturity that she put all the world’s leaders who were there (mostly old men) to shame.

Finally, there was the personal intervention of United Nations Secretary General Antonio Guterres who came to Katowice to inaugurate COP24 and then made an unscheduled reappearance at the end to try to break a deadlock. In the end, an agreement was indeed reached, but that was a full day after the official end of COP24.

The Bangladesh delegation this year did not include any ministers as they are busy with the upcoming elections. The delegation was led by the Secretary of the Ministry of Environment, Forest and Climate Change and there were representatives from the Ministry of Disaster Management, Foreign Affairs, and Energy along with experts who have been negotiating on behalf of Bangladesh and, in some cases, also on behalf of the Least Developed Countries (LDC) Group to which we belong. The delegation would meet every evening and invite non-governmental delegates from Bangladesh to join in the discussion. Thus Bangladesh was able to present itself and its views effectively through both official negotiations and civil society channels. There was also a team from Channel i who were sending daily reports from COP24 back to Bangladesh.

Next year’s COP25 will be held in December 2019 in Santiago, Chile and one of the major items for decision-making will be on loss and damage. However, before COP25 begins, Mr Antonio Guterres will be convening a climate change summit in New York in September 2019 during the UN General Assembly which will be a major opportunity for Bangladesh to highlight its actions to tackle climate change and urge others to do so as well. At this summit, it will be possible to form coalitions of the willing and not wait to achieve consensus which is needed at the COPs.

There is much preparatory work to do before next September and December if we wish to get some good results from these two major global meetings. It is an opportunity for the government of Bangladesh to work with civil society to make sure we go in well prepared.

Originally this article was published on December 30, 2018 at Climate-Tribune (Dhaka Tribune). The author Dr. Saleemul Huq is the director of the International Centre for Climate Change and Development (ICCCAD) at the Independent University, Bangladesh (IUB).
Email: saleemul.huq@icccad.net
Also a version of this article originally appeared at the Daily Star Bangladesh.

Are we ready to shed the LDC tag?

While many countries are entering the fourth industrial revolution, many of our expatriate…