As the terrible year 2020 ends and we look forward to a better 2021, I would like to share some thoughts and wish all my friends and colleagues a happy new year.

I believe that the year 2020 will be remembered in future not only because of the COVID19 pandemic but also as the year when the planet entered the new climate changed world and we will no longer mark years as the warmest but rather as the coolest compared to future years.

So we will begin 2021 as the beginning of the new decade where we will embark on a collective global journey towards Adaptation and Resilience in the face of human induced climate change.

My colleagues and I, at ICCCAD will be initiating our own journey towards Resilience and we would like to invite all our friends around the world to join us on that journey.

I am sharing below some information on the upcoming Gobeshona Global Conference on Locally Led Adaptation in January 2021 as well as the December issue of Climate Tribune which is on the theme of Climate Finance also a link to a documentary film on how the 1.5 Degree Centigrade global temperature goal was achieved in the Paris Agreement in 2015 called ” Guardians of the Earth” and finally my last Op Ed Column in the Daily Star newspaper for 2020.

I wish you and your loved ones a safe and joyous happy new year.

With my best wishes,

Over the last six years ICCCAD and IUB have hosted the annual Gobeshona conference at IUB as an in-person Conference over five days with several hundred participants each year.

The focus of the Conference was on Research into Action and it was primarily on Bangladesh as well as the Least Developed Countries through the LDC Universities Consortium on Climate Change (LUCCC).

However, starting from January 2021 the annual Gobeshona conference is going to become a global online event on the theme of Locally Led Adaptation to Climate Change.

It will be run over seven days with sessions being held over 24 Hours each day aimed at audiences in Australia, Pacific, Asia, Africa, Europe and the Americas.

Over the last few years ICCCAD has been proud to produce the monthly Climate Tribune magazine with the Dhaka Tribune newspaper. The issue for December 2020 is a bumper special issue on the theme of Climate Finance.

Here are the articles in the issue:

Guardians of the Earth

Documentary on the Paris Agreement

Five years ago in December 2015, the historic Paris Agreement was achieved at the 21st Conference of Parties (COP21) of the United Nations Framework Convention on Climate Change (UNFCCC). One of the major achievements from the perspective of the Vulnerable developing countries was the acknowledgement of 1.5 Degrees Centigrade as the long term temperature goal which was achieved against great opposition going into COP21.

An Austrian documentary film maker named Filip Antoni Malinowski made a film by following and interviewing some of the players including the COP21 President and Foreign Minister of France Laurent Fabius, as well as the General Secretary of the UNFCCC Christiana Figueres and Ambassador of the Seychelles .

He also filmed me in my capacity as Adviser to the Climate Vulnerable Forum (CVF) under President Aquino of the Philippines as well as to the Least Developed Countries (LDC) group of Negotiators.

The Documentary called “Guardians of the Earth”  follows the progress of the Negotiations around the 1.5 Degrees Centigrade goal and won several awards at film festivals since then.

It is now available for general viewing at Vimeo and this YouTube link- https://youtu.be/UVIBiNRtkq4

Can Bangladesh become a knowledge economy? 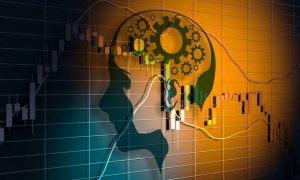 OPINION: The era of loss and damage from climate change is upon us

As extreme weather worsens, what can Germany and other disaster-hit countries learn from w…