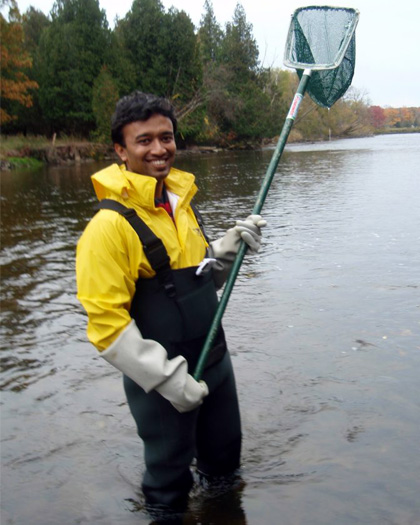 Feisal joined ICCCAD in August 2015 and is currently working as a research coordinator. He has been involved in several programs at ICCCAD including Adaptation Technology, Urban Climate Change Resilience, and Capacity Development in Managing and Allocation of Natural Resources. Feisal is an environmental engineer by training. He received his Ph.D. from the University of Waterloo, Canada. He also has a master’s from the University of Western Ontario, Canada and a Bachelor’s degree from the Bangladesh University of Engineering and Technology, Dhaka, Bangladesh. He was a teaching assistant and also a frequent guest lecturer during his graduate studies. He also was involved actively with University student organization activities and several programs on water education for school going kids in Canada. Feisal loves to travel and enjoys watching movies.