July 13, 2020
Updates
Home Voices from the Frontline Bangladeshi Farmers Respond to COVID-19 with Innovation and Sustainability

Prakritik Krishi Biponon Kendra implemented a transparent supply chain for organic food products by sourcing directly from farmers in 13 locations in Bangladesh and delivering the produce to the homes of more than 200 families in the capital, Dhaka. When COVID-19 hit, this supply chain was disrupted. Like elsewhere across Bangladesh, the livelihoods of the farmers were also suddenly threatened. This is the second in a series of stories from ‘Voices from the Frontline’ by ICCCAD and CDKN. Zakir Hossain reports.

Delowar Jahan had never imagined a scenario like a global pandemic hitting Bangladesh, and the consequent imposition of a country-wide lockdown. “My immediate response was to send my family to our village home and work out a plan to maintain the supply chain of Prakritik Krishi,” says Delowar. As the lockdown was being discussed at the government level, along with military deployment to control mass movement, Delowar and his colleagues began making contingency plans, coordinating and discussing potential strategies over the phone.

Initially there was uncertainty about the regulations to come under lockdown, especially regarding the transport systems on which the organisation so heavily depended. The safety of staff members at the Dhaka centre was also an issue, in case an infection broke out and inevitably spread within the premises. As more people were leaving Dhaka for their villages, there was also the possibility of theft at the centre due to lack of security protocols, as well as a potential food crisis looming in the city. Hence, it was decided that all staff members, valuable items, and other logistical matters would be transferred to their farm in Manikganj, a district close to the capital.

The closure of markets and the initial transport bans presented a different set of challenges for farmers across the country. They were facing loss of income due to the lockdown. A farmer from the district of Jhinaidah, Alamgir, told us, “Before the pandemic, we would supply vegetables worth Tk. 20,000 to Dhaka every week that was transported by bus. But now we are no longer able to send supplies to Dhaka.”

To sustain their livelihoods, the local farmers in the area collaborated to launch a collective initiative: a temporary, make-shift vegetable market near the village mosque to serve the local community. The idea was initially opposed by the local administration in fear of breaching social distancing protocols. But the farmers persisted with their efforts with the local government, and it was agreed that community police would be appointed to enforce and monitor social distance measures so that the market could operate.

For the very poor local producers and farmers, Prakritik Krishi created an emergency fund and collected donations from their clients, who were happy to provide support. Mobilising emergency funds is an organisational preparedness practice that Prakritik Krishi had inculcated within their business, which has been in place during past crises to support and sustain farmers. The emergency fund also creates collaboration between farmers through exchange of seeds, providing fertilizer support and basic food supply in addition to cash provision to the farming community in the face of crisis.

Back at the organisation, the first week of lockdown was very challenging for the business, as the Dhaka centre was shut down and 50% of the clients had left the capital. Inspiration struck when Delowar’s brother, who lives near London in the UK, shared how the emergency food markets were operating there despite the lockdown. “My brother helped me realise that like healthcare, food is also a necessity for people right now. That made me rethink the whole situation and come up with a new strategy,” he says.

“We started providing an online service, and mobilised people at the Manikganj farm. As soon as we heard that food transport was permitted, it was decided that three staff members would travel to Dhaka in a rented vehicle for deliveries. We are now maintaining operational support from Manikganj, and delivering food supplies twice a week to Dhaka, providing weekly food support to a hundred families.”

Manikganj was now at the centre of the organisation’s operations, with farming and logistics both being carried out from there. It was all hands to deck, with everyone engaged in both farming and packaging. This led to a more cost effective approach and efficient monitoring of food production. It has always been the organisation’s goal to provide to clients directly from the farm: this was now a reality thanks to the pandemic!

Even in these uncertain times, the organisation was able to implement a coordinated approach to restart their operations, and that, too, in a cost effective manner. As Delowar mentions, “At Prakritik Krishi, we cultivate a culture of preparing for unforeseeable economic crises. As such, we primarily focus on sustaining our farms so that if there is ever a crisis that threatens our livelihoods, we can at least produce our own food for our families and survive.” The very idea of sustainability was so deeply ingrained within the organisation, that Delowar and his colleagues were able to innovate on opportunities during the crisis. However, Delowar believes that support from the government and other stakeholders are also essential to sustain food security.

One such business opportunity arose when they observed that as a means of self-sufficiency, people were keen to grow vegetables on their rooftops or balconies during the lockdown. Prakritik Krishi is now distributing and delivering seeds from their farms. “We have received positive responses and the demand is increasing,” Delowar proudly says of this new initiative that not only diversifies their product range and source of income, but also addresses the current needs of their clients. Delowar adds, “It takes 14 days for most leafy vegetables to grow, which is the exact duration of the COVID-19 quarantine. You can grow your own food with nurture and care, and reconnect with nature!”

“The pandemic has offered a glimpse of renewed hope and increased resilience amongst communities around the world. It has forced us to explore creative methods to sustain our livelihoods and social responsibilities. When left with no choice, we often look towards collaborative methods of sustenance. Bringing together our unique dispositions into a collective response has been our survival instinct since the beginning of civilisation. This is how the local farmers took forward an idea of creating opportunity to sustain their livelihoods, and how Prakritik Krishi was able to not only maintain their supply chain but also achieve their long-standing goal of creating a direct link between their farms and our plates.”

About Zakir Hossain and Delowar Jahan

Zakir Hossain is the founder of Farmers’ Voice (Krisoker Sor). He advocates globally on farmers’ rights, especially in the areas of climate change, disaster risk reduction and Agenda 2030. Farmers’ Voice is a small agriculture research institute funded by the local community dedicated to holistic local development, that connects experiential research with policy discourse.

Prakritik Krishi began operations more than a decade ago when a young journalism graduate, Delowar Jahan, decided to follow his curiosity into the methods of farming and took the challenge of creating harmony between agricultural practices and nature, by implementing non-chemical and eco friendly methods of farming.

Prakritik Krishi and Farmers’ Voice are on the same pathway of the global organic farming movement.

Dhaka, Bangladesh: How One Woman’s Idea Unleashed the Power of Community Spirit

In Aftabnagar, a rapidly developing residential area in Bangladesh’s capital city of Dhaka… 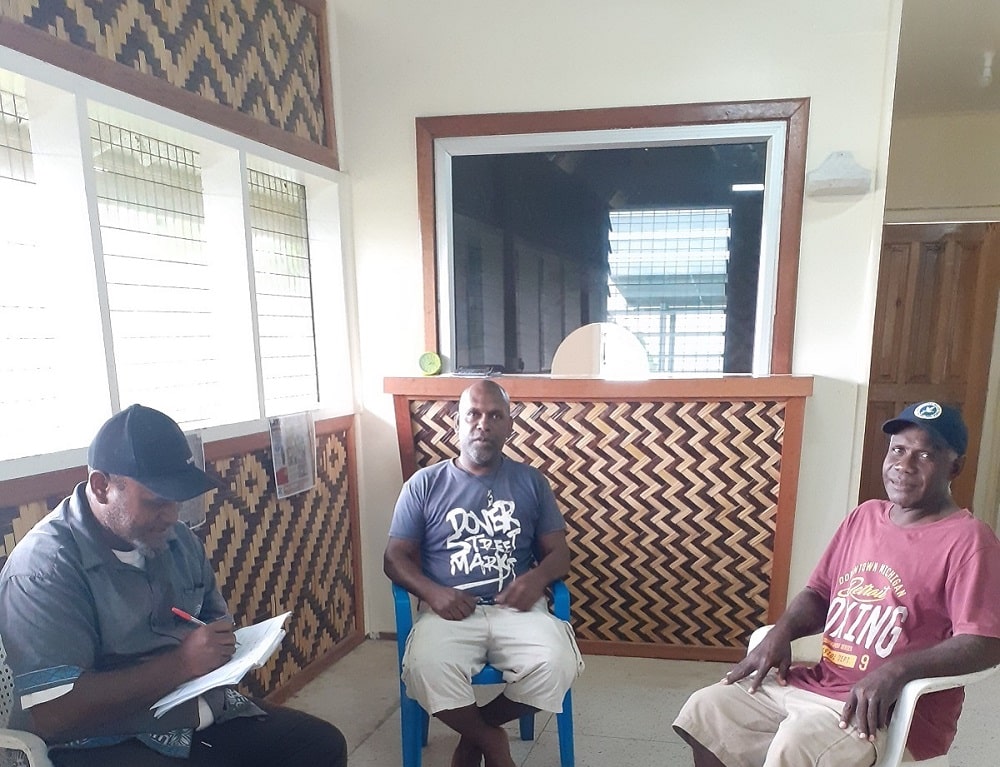 From Solomon Islands: How A Small Community is Preparing for COVID-19
To be published on 20 July, 2020