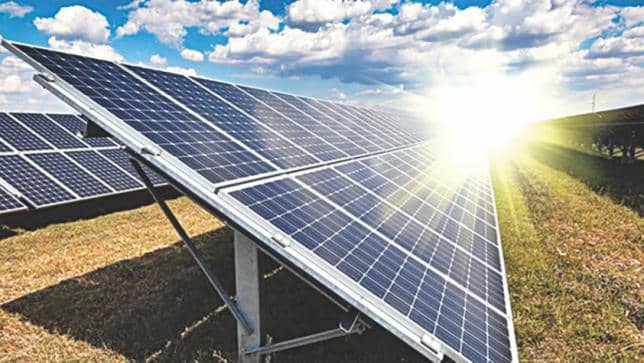 Ten years ago, under the leadership of then President Nasheed of the Maldives, the leaders of the most vulnerable developing countries came together to form the Climate Vulnerable Forum (CVF). The countries in the CVF, which included Bangladesh as a founding member, were from Asia, Africa and Latin America and belonged to different negotiating groups in the United Nations Framework Convention on Climate Change (UNFCCC) such as the Alliance of Island States (AOSIS) or the Least Developed Countries (LDC) Group (which included Bangladesh). However, the CVF was not another negotiating forum but rather a leadership group headed by heads of government of the countries who would conduct high-level advocacy for strong climate actions from all countries.

The biggest achievement of the CVF leaders was to lobby for and succeed in including the long-term goal of limiting temperature rise to 1.5 degrees in the Paris Agreement on Climate Change in 2015 at the 21st Conference of Parties (COP21) of the UNFCCC.

Since then the CVF leaders also declared their intention to make their countries 100 percent renewable energy reliant by 2050, which was a pledge made a year later at the 22nd Conference of Parties (COP22) held in Marrakech, Morocco in 2016 where Prime Minister Sheikh Hasina was also present.

The CVF was also influential in persuading the Intergovernmental Panel on Climate Change (IPCC) to prepare a Special Report on 1.5 Degrees which is due to be approved for release at the IPCC plenary meeting in Korea in early October. The report is likely to underscore that while it is still possible to keep global temperature rise below 1.5 degrees, it will require all countries to redouble efforts to bring emissions of greenhouse gases down to zero, which in turn means switching from fossil fuels to renewable energy before 2050.

The chair of the CVF has a two-year term after which it is passed on to another head of government from amongst the member countries. Thus the chair has been passed on from Maldives to Kiribati and then to Bangladesh when Prime Minister Sheikh Hasina was the chair for two years. Then to Costa Rica and then Philippines and then to Ethiopia. In the last month Ethiopia had handed over the chair to Hilda Heine, President of the Republic of the Marshall Islands (RMI) in the Pacific.
Last week President Heine of RMI along with Prime Minister Binyama of Fiji jointly announced in New York that they had developed their plans for zero emissions by 2050 and challenged all other countries, especially the rich countries, to follow their example. At the same time Governor Jerry Brown of California hosted a climate action summit in San Francisco where he declared that California will become 100 percent reliant on renewable energy by 2045.

President Heine is set to host the summit of the heads of the CVF on November 22, which will be a virtual summit (to decrease the carbon emissions associated with big international gatherings), where more countries will be encouraged to join the 100 percent renewable energy target by 2050.

This will be an important initiative just prior to COP24 which will be held in Katowice, Poland in December where the Rule Book for implementing the Paris Agreement is expected to be finalised.

Bangladesh, as a founding member of the CVF is also signed up for the aspirational goal of going to 100 percent renewable by 2050, but has not really put any real effort into thinking about how to achieve that goal. It is indeed a difficult goal to achieve if we only think about the current levels of efficiency and costs involved in terms of renewable energy. However, the real costs of solar, wind and storage technologies are coming down so rapidly day by day that they will soon become cheaper than fossil fuel-based energy.

Hence the time has come for Bangladesh to take up the goal of 100 percent renewable energy by 2050 and start to do some serious planning towards that goal.

Originally this article was published on October 03, 2018 at Daily Star. The author Dr. Saleemul Huq is the director of the International Centre for Climate Change and Development (ICCCAD) at the Independent University, Bangladesh (IUB).
Email: saleemul.huq@icccad.net