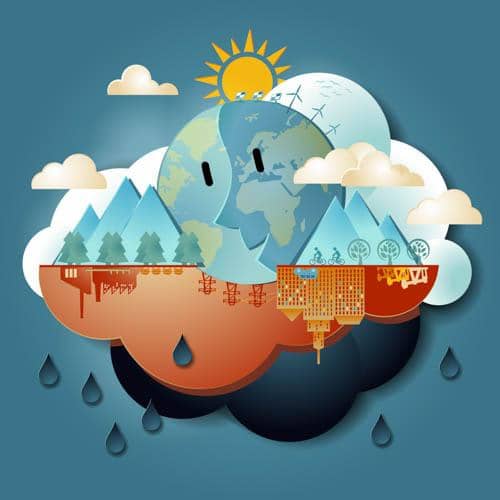 At the beginning of January 2019 Bangladesh started to take the required steps to become a climate resilient country by 2030 by achieving transformational adaptation to climate change impacts.

While there are many strands to fulfil this important strategy, one of the first is to generate, disseminate and use good quality scientific knowledge so that the process is a rigorous learning-by-doing one.

Thus the recently completed fifth annual Gobeshona Conference at the Independent University, Bangladesh, with several hundred researchers and scientists from over fifty universities and research institutes, participating over three days with nearly a hundred scientific papers presented in over twenty different thematic sessions, has got us off to a good start.

The fourth and final day consisted of a science-policy-dialogue with senior policymakers with whom the scientists shared some of the latest research findings and also received advice on what kinds of research would help the decision-makers in future. The annual Gobeshona Conference has thus become a major means of assessing the state of our scientific knowledge as well as setting future research agendas.

The first major cross-cutting issue was to emphasise the need to invest in our youth in order to make them not just ready for employment but to turn them into problem solvers. We had a group of university students selected from universities in Bangladesh, Nepal and Bhutan participating in the conference who then stayed an extra day to develop their own workplan going forward. This workplan goes well beyond simply raising awareness about the climate change problems and focuses on how to solve some aspect of the problem by each of the youth in their own respective settings. This network of university students will be both Bangladesh-wide as well as students in universities which are part of the Least Developed Countries Universities Consortium on Climate Change (LUCCC).

It is important to note that transformation will take place over the next decade and today’s youth will be the leaders of tomorrow. Another important point to note is that coming up with solutions for tackling climate change in Bangladesh will also be applicable in other countries which means we can export our knowledge in future.

The second major cross-cutting theme was on gender, but going well beyond simply focusing on the vulnerability of women and girls to the adverse impacts of climate change. Here the emphasis will be on empowerment of women to become agents of change in tackling and solving climate change impacts in different settings. This also related to the first point of empowerment of youth but with an emphasis on girls over boys.

The current generation of women in Bangladesh have already demonstrated their ability to contribute to the economy of the country, such as in the garment industries. The next generation will have to move from employment as labour to using their minds to become problem solvers and not just employees.

The third major cross-cutting issue that came up time and again in different thematic sessions, including urban, coastal and migration sessions, was the need to anticipate and ensure that future migration due to climate change is done in a planned and enabled manner and not under distressed conditions. The challenge here is to make the current problem of environmental migration due to distress conditions into a possible adaptation to future climate change by investing in education and empowering the youth, primarily girls, in the low-lying coastal parts of the country and at the same time investing in setting up climate resilient migrant friendly cities and towns around the country so that the future climate migrants don’t all end up in Dhaka.

The fourth and final point to make is that the three cross-cutting issues described above are not separate but intertwined together and while funding will be a key requirement, an even more important requirement and investment will be in knowledge and education of the right kind. It is only by enabling the country to institute effective means of learning from practice that we can continuously improve our actions in order to achieve transformational adaptation outcomes.

In this context the Annual Gobeshona Conference will continue to play a key role in taking stock of our progress each January and building on what is successful and dropping what is not. Also from January 2020 onwards the event will become a truly global event where we will invite the rest of the world to come and learn from Bangladesh how to go about achieving transformational adaptation at national scale.

Originally this article was published on January 16, 2019 at Daily Star. The author Dr. Saleemul Huq is the director of the International Centre for Climate Change and Development (ICCCAD) at the Independent University, Bangladesh (IUB).
Email: saleemul.huq@icccad.net