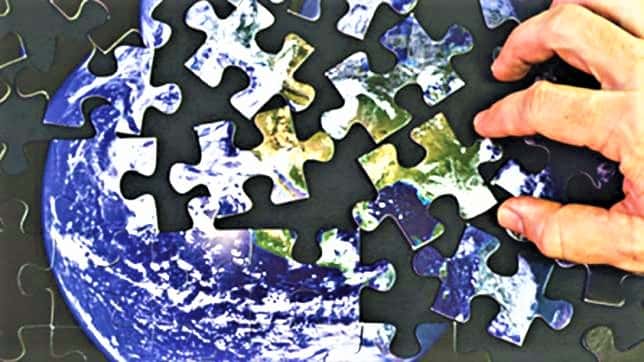 The Green Climate Fund (GCF) was set up under the United Nations Framework Convention on Climate Change (UNFCCC) to channel much of the USD 100 billion a year starting from 2020 onwards that the developed countries have promised to provide to developing countries to tackle climate change through both mitigation and adaptation projects and activities.

The GCF with its headquarters in Songdo, South Korea has already started functioning and has also approved a number of projects for mitigation and only a few for adaptation.

The reason is that although the GCF Board has tasked the managers to award only half the funds for mitigation and ensure that at least half goes for adaptation with a focus on the most vulnerable developing countries, they are finding it difficult to approve adaptation projects.

So the project submitter, UNDP, had to go back and redesign the proposals to demonstrate that they were primarily adaptation projects with some development co-benefits. Fortunately, they were able to redesign, resubmit and get approval for both proposals, but a lot of effort was wasted in the process.
I will discuss some reasons for this skewed performance in favour of mitigation and provide some ideas on how the GCF can restore the balance by enhancing investment in adaptation projects.

The GCF should try to benefit from the more than a decade of developing, funding and implementing adaptation projects around the world by others, including the Global Environment Facility (GEF) and Adaptation Fund (AF) as well as national governments and NGOs to find some practical guidance on how to design adaptation projects well. Based on some of my own experiences, I am going to share some lessons and suggest ways forward for consideration by the GCF Secretariat and Board.

The second lesson is the timescale issue: a normal development project would generally have the development benefits delivered during the project period itself so that the benefits of the investment are immediately visible (and can be evaluated). Take for example a project to install tube wells for drinking water where the number of wells installed and amount of water being supplied can be measured immediately after the project ends and the project can thus be evaluated a success (or failure as the case may be).

On the other hand, the impacts of human-induced climate change lie decades ahead and are unlikely to occur during the project period (which is typically around five years or so). Hence it will be impossible to evaluate the success of the project immediately after it is over since the success (or lack of it) can only be judged many years later.

Thus an adaptation project is more like a programme for planting fruit trees, where the project output is the number of seeds planted, but the outcome is the number of trees which grow to provide fruits many years later. Someone needs to continue to take care of the trees as they grow and someone else needs to monitor their growth and evaluate the fruit production.

Hence for a project to be truly about adaptation to climate change, it needs to include in its design both a clear “exit strategy” and a post-project “sustainability plan.” This is the “sustainability” principle .

The third lesson flows from the above: the need to focus the project investment in capacity building of the project’s “legacy partners,” who will be responsible for developing and implementing the post-project sustainability plan. Thus the real investment of an adaptation project is building the adaptive capacity of the legacy partners. I call this the “capacity building” principle.

The fourth and final lesson is that adaptation to climate change is still a relatively young science and the practice and new knowledge are being developed in a learning-by-doing manner. This means that new knowledge comes from practitioners who will learn what works and what doesn’t through experiential knowledge. This will allow future investment to focus on the successful investments and not in those that don’t work. However, it will require investment in harnessing the experiential knowledge by including specialists (or researchers). I will call this the “inclusion of researchers” principle.

Finally, I would like to suggest that the GCF invest in setting up a specialist group of researchers who would be able to serve this function at the national level as well as be a network of knowledge across countries. A network of universities and research institutions would be ideally placed to maximise the potential knowledge generated from the future portfolio of adaptation projects that the GCF will hopefully fund over the coming years.

This group of universities and research institutions can also develop and help deliver capacity building through training and mentoring of the project implementers.

Originally this article was published on May 30, 2018 at Daily Star. The author Dr. Saleemul Huq is the director of the International Centre for Climate Change and Development (ICCCAD) at the Independent University, Bangladesh (IUB).
Email: saleemul.huq@icccad.net