The World Bank recently published a thorough analysis of various adverse impacts of human-induced climate change that will hit the coastal districts of Bangladesh over the coming decades, increasing the frequency and severity of coastal flood events. The estimated losses amount to USD 570 million every year going forward if measures are not taken to minimise those impacts.

Let me unpack what is involved in this dire scenario, and what can be done to minimise the adverse impacts being predicted if no action is taken.

The first physical impact is due to sea-level rise, causing enhanced salinisation of the surface water in low-lying coastal districts. This is already happening, and millions of people have already adapted to this situation, capturing rainwater on their rooftops to have fresh drinking water during the lean period. At the same time, farmers are growing saline-tolerant varieties of rice that have been developed by our scientists.

This slow-onset emergency is going to cause significant losses and damages in the years to come, even with successful adaptation technologies and measures. Hence, while we need to develop adaptation technologies to help people minimise the adverse impacts of climate change, we also need to think of ways to help them plan for a time when adaptation will not be available anymore, and people will have to move away as a second-order adaptation measure.

We need to enable people to be able to make their decision to move of their own volition and timing, rather than be forced to move due to floods or cyclones.

The second major impact that the World Bank analysis has identified is the occurrence of severe flooding and cyclonic events, which will be more frequent in the coming years and cause devastation with each event. While Bangladesh has been relatively successful in building embankments in large parts of the low-lying coastal zone, and we have also built thousands of cyclone shelters and improved our early warning systems, these measures will not be sufficient to tackle the even bigger events that will come with climate change. 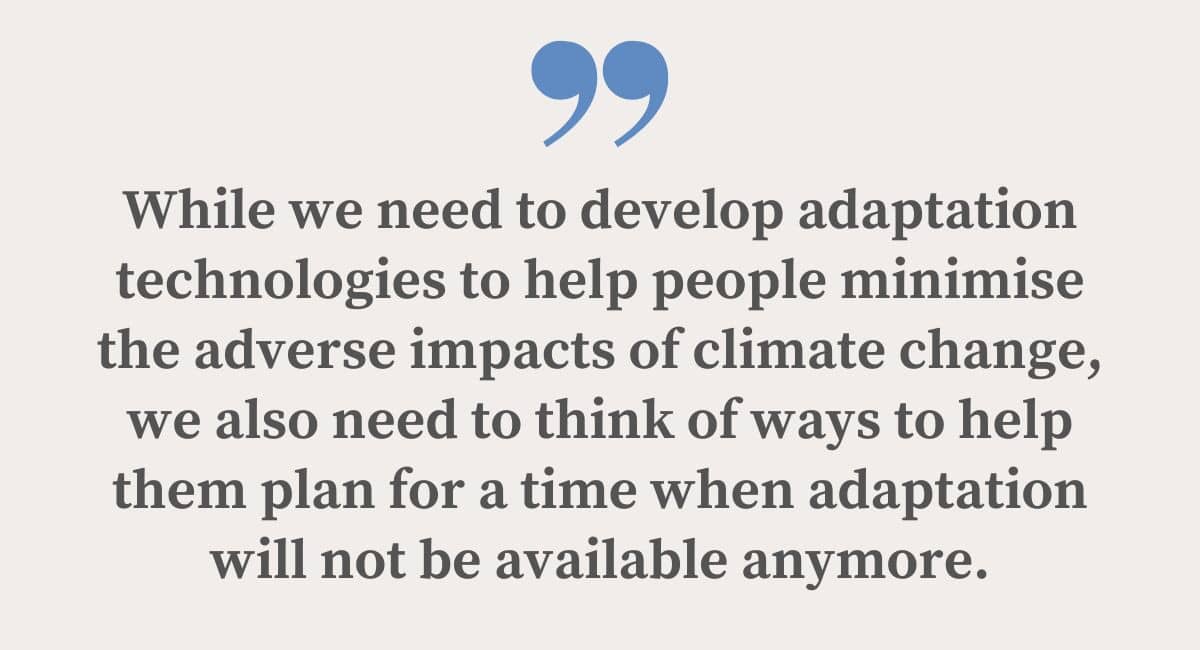 Hence, we need to immediately enhance the height of the existing embankments while also increasing investment in operations and maintenance, which are woefully neglected at present. This will of course require large funds. The recently completed National Adaptation Plan (NAP) has identified projects needing several hundred billions of dollars that need to come from both the Bangladesh government and the global community.

The good news is that the developed countries have agreed to double their fundings on climate change adaptation for the developing countries, but the challenge for Bangladesh will be in improving its ability to access these global funds more effectively than it has done in the past.

However, more money, while undoubtedly important, is not the only thing we need. We need to improve our own governance system to minimise corruption and unnecessary expenditures on overrunning project times and budgets, which is quite rampant and completely unacceptable. This will require a combined top-down and bottom-up approach to monitor and improve the performance of all the concerned departments and agencies of the government.

Another important investment which does not necessarily require large sums of additional funds is to improve our entire educational system to ensure that our next generations have the kinds of knowledge and skills that will be needed in the 21st century – not the old and completely outdated rote learning they are getting now. This change in how we teach our children needs to be done with great urgency and does not require more money but a change of attitude in our leaders and teachers.

By investing in the young people living in the coastal districts of our country, we can turn them into climate champions who will not only be able to tackle the climate impacts, but actually share that knowledge with other countries facing similar problems.

In conclusion, we need to take the World Bank report on the potential losses and damages from climate change as a warning as to what will happen if we don’t make plans to minimise those potential impacts and launch our actions immediately.

Originally this article was published on September 27, 2022 at Daily Star. The author Prof. Saleemul Huq is the director of the International Centre for Climate Change and Development (ICCCAD) at the Independent University, Bangladesh (IUB).
Email: saleemul.huq@icccad.org