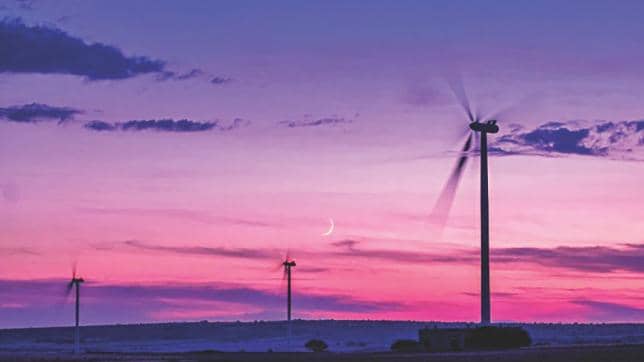 Midway through the two-week-long 22nd Conference of Parties (COP22) of the United Nations Framework Convention on Climate Change (UNFCCC) held in November 2016 in Marrakech, Morocco, the presidential election results in the USA were announced. The result, Trump winning the election, was like a bombshell in the COP.

First, US citizens, both in the official government delegation and others, were in complete shock, with many in tears! So the rest of us adopted a be-nice-to-an-American policy.

The first reaction was from the media wanting to know what the reaction in the COP would be. The stabilising reaction came from the Chinese leadership who firmly declared they would carry on and fulfil their commitments under the Paris Agreement. This was followed by country after country doing the same.

Then in the second week—the high level segment of the COP—the then US Secretary of State John Kerry arrived and brought his negotiating team together, reminding them that their president was still Obama and they had instructions to negotiate the implementation of the Paris Agreement and that was what they would do. If the US policy changed after Trump occupies the White House, it wouldn’t happen for several more months.

Hence by the end of COP22 the world was in an optimistic mood and since then the implementation of the Paris Agreement has been going forward despite Trump’s withdrawal.

One of the major factors behind this positive end to the COP22 was a declaration on the last day by 50 of the most vulnerable developing countries belonging to the Climate Vulnerable Forum (CVF) to become 100 percent reliant on renewable energy by 2050. Bangladesh, as a prominent CVF member, played an important role in this declaration and Prime Minister Sheikh Hasina was herself in Marrakech for that meeting.

The CVF declaration to go to 100 percent renewable by 2050 was without precondition and was meant to demonstrate global leadership and to challenge other countries to follow their lead.

However, within the CVF there was considerable debate on whether this goal was indeed possible. Some countries, led by Costa Rica, wanted the target date to be 2030, while others felt that it would not be feasible. In the end the target date of 2050 was agreed upon, on the basis that it would allow for retiring fossil fuel based energy over the next three decades.

The issue of how feasible it would be to go 100 renewable is an open question with proponents as well as sceptics. I am not an energy expert but will venture to share a few thoughts on whether it is at all possible and what should Bangladesh’s strategy be going forward.

The first point to make is that both solar and wind energy are basically not limited as an energy source, but rather limited by the ability of technology to convert those sources to useful energy. The cost of solar and wind energy conversion technologies is dropping fast and will become cheaper than energy from fossil fuels quite soon.

The second problem regarding solar and wind is the intermittency problem, since the sun doesn’t shine at night and the wind doesn’t blow all the time. Hence both technologies need to be associated with batteries to store energy for use during these times. The technology for storing energy is also rapidly becoming cheaper and bigger in scope.

The third problem for solar in particular is the need for space to install the solar panels to generate energy. This is certainly an issue for Bangladesh where land is limited and competition for land is fierce.

However, in my view, the biggest hurdle in making the required transformation to 100 percent renewable energy is the negative mindset that many people have about even imagining the possibility. It is also notable that this negative mindset is mostly associated with older people and engineers who have grown up on fossil fuel based energy systems. Younger people, particularly younger engineers, are more open-minded and willing to think unconventionally. This is particularly true in Bangladesh where almost the entire older generation of politicians and engineers are wedded to fossil fuels, while a new generation of entrepreneurs and engineers are pioneering the biggest deployment of solar home systems in the world.

The future of energy systems over the next few decades in Bangladesh will be a struggle between the old and the new and we will see if the CVF commitment of 100 percent renewable energy dependency will happen in Bangladesh.

Incidentally, since the CVF declaration in 2016, Costa Rica has changed its pledge to be completely reliant on renewable energy by 2021, nine years earlier than their original pledge of 2030. They are being followed by quite a few other countries and cities around the world.

Originally this article was published on June 13, 2018 at Daily Star. The author Dr. Saleemul Huq is the director of the International Centre for Climate Change and Development (ICCCAD) at the Independent University, Bangladesh (IUB).
Email: saleemul.huq@icccad.net