What global warming may mean for the Ganges-Brahmaputra-Meghna Delta

It may take centuries for us to discern the slow onset consequences of sea-level rise — impacts that will be felt long after our lifetimes. While rapidly reducing greenhouse gas emissions from the atmosphere will slow sea-level rise, by no means will it erase the already occurring impacts of climate change.

Delta areas such as the Ganges-Brahmaputra-Meghna Delta are particularly vulnerable to sea-level rise and the associated risks of it. Coastal delta areas are both presently and historically areas in which people have settled, for the ecosystems they provide, the trade routes they enhanced and the economic activity that has grown surrounding them. As a result, the impacts of climate change, specifically that of sea-level rise, serve as a major threat to these coastal areas, the ecosystems within and the people dependent on these lands.

Sea-level rise is a result of a warming of the global surface temperature. This is caused by two main processes: 1) The melting of ice — as the cryosphere melts, this water to the oceans, 2) Warming of the ocean– thermosteric changes lead to thermal expansion of the world’s oceans. Both of these processes occur on a centennial time scale, so while the earth’s air temperature my stabilize as a result of expected mitigation processes, the cryospheric adjustment to air temperatures will continue for centuries alongside the adjustment of deep ocean temperatures to surface temperatures.

Deltas are the result of high sedimentation levels of clay, silt and sand, at the mouth of a river where the river slows in movement and drops the sediment load. The Ganges-Brahmaputra-Meghna Delta (GMB) is known to collect the largest sediment load, particularly from the Ganges and Brahmaputra rivers, then combining with the Meghna river, forming the GMB or Bengal Delta. The GMB delta covers about 65% of current day Bangladesh. 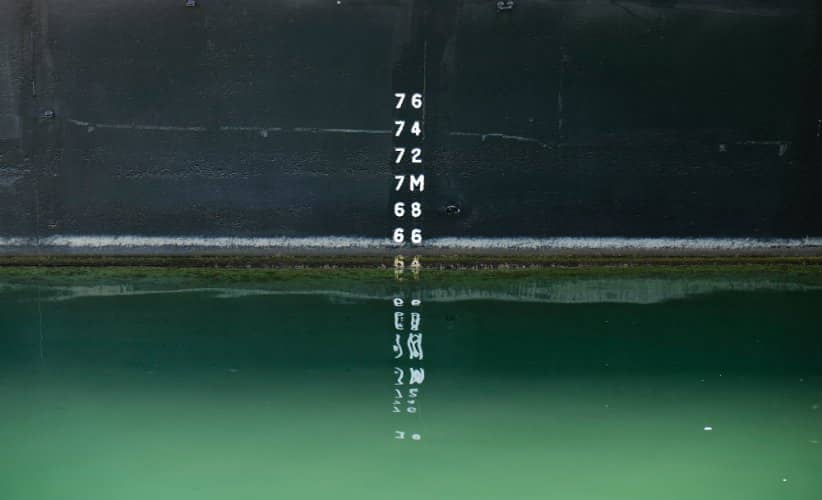 The upcoming stock take on global climate action, at COP24, under the Paris Agreement, is where everyone will get a glance at the current projections on reaching 1.5°C or 2°C degrees of warming. These global stock-takes are meant to inform Parties as they “update and enhance” their pledges, progressively ratcheting up climate action to keep the 1.5°C limit within reach. It is important in this context to look and understand not only the effects globally but also regionally.

Deltas are not specifically mentioned in the Paris Agreement. However, in light of the rapid environmental change the world’s deltas are experiencing, and their vulnerability to climate change, there is a need to access the situation of the GMB Delta. Sally Brown and Robert J Nicholls, of the University of Southampton, have written extensively about the effects of climate change on deltas. The following draws from their work.

It is difficult to identify a single driver of change in such a dynamic system as that of the GMB delta. However, there is a long list of human intervention affecting the changes being witnessed. These include: The change of land use up stream; the development of dams and barrages; land cover change including the extensive polder systems (which allow for the manipulation of hydrological systems and sedimentary flux); the expansion of extensive shrimp farming in the south; and the regional and local subsidence that occurs both naturally and as a result of interventions. These human interventions dominate the visible changes shadowing the effects of climate change, both in the GMB delta system but also in other deltas populated globally. 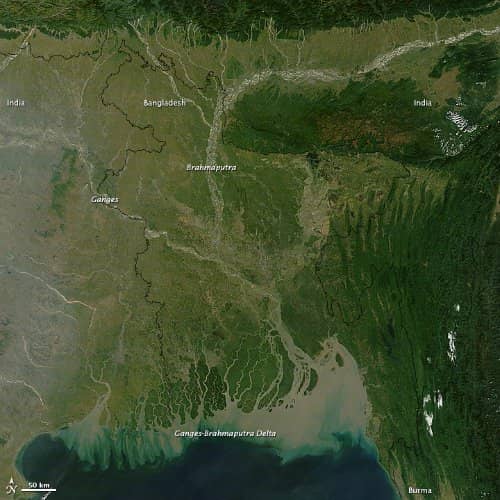 There are three proposed responses in order to adapt and plan within delta areas. These are to either retreat, protect or build elevation, through sedimentation. Building sedimentation is being promoted as a sustainable option in response to sea-level rise for natural and human induced subsidence. Climate stabilization allows for adaptation through sedimentation as a more appropriate and potential successful strategy.

Moreover, the benefits felt from immediate and serious responses through mitigation will have resounding impacts for centuries to come. Adaptation as a result needs to be thought of on a longer time-scale and the requirement to adapt will extend long beyond 2100, this will require a more focused and planned effort in adaptation measures than there currently is. In considering this there needs to be an understanding that and planned adaptation taken today will alter the landscape and the systems of the delta in the future. Globally there is a need for international climate change institutions to recognize the regional variations in climate parameters and in turn a response through a change in adaptation funding and sustainable development. The monitoring of global and regional sea-level rise and regional subsidence in particularly important as it not only provides evidence and base-line data but it also informs when there is a need to act.

Originally this article was published on September 24th, 2018 at Climate-Tribune (Dhaka Tribune). The author Laura Bahlman is a visiting researcher at ICCCAD and completing her Masters in International Development, Massey University, New Zealand.
Email: laurabahlman@gmail.com