May 26, 2022
News
Home Dhaka Tribune Articles ‘I am quite disheartened by the outcome of COP26’
Interview with leading climate policy expert Saleemul Huq 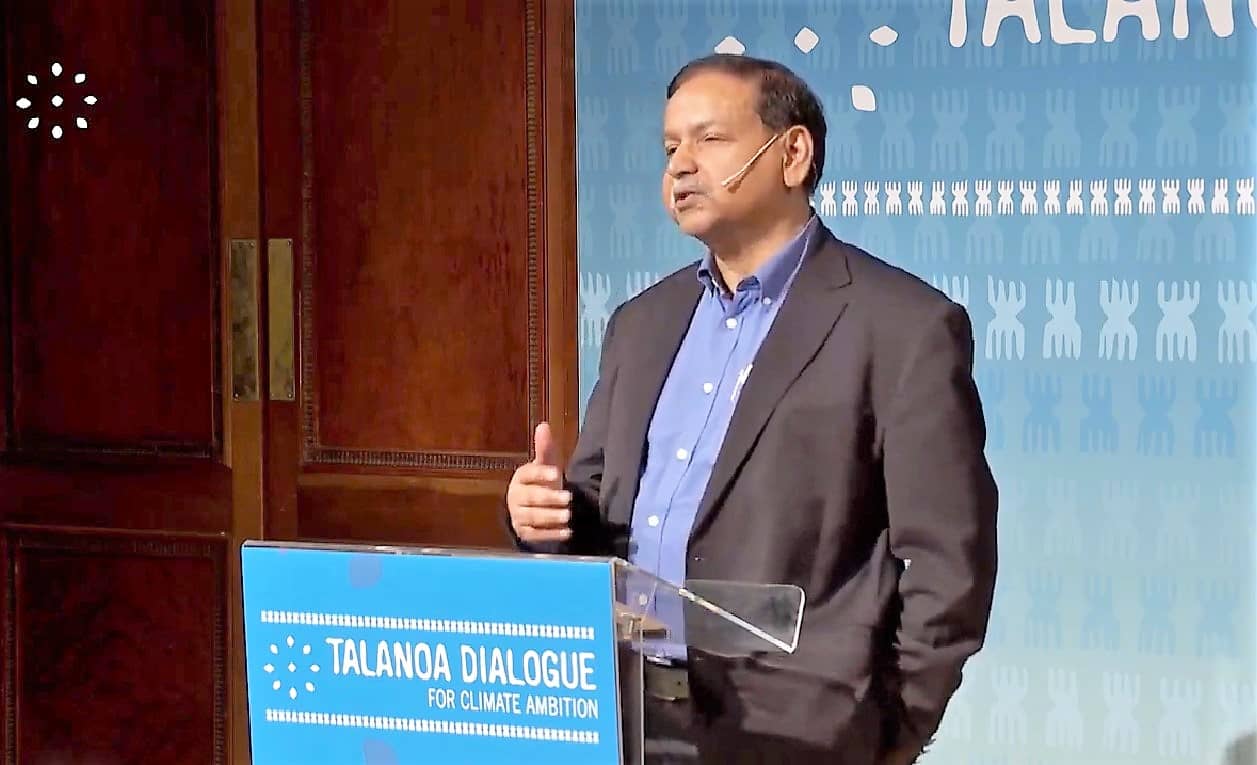 One of the veterans of the COP summit, Dr Saleemul Huq once again attended the conference last month. Regarded as one of the most influential climate scientists and policy experts in the world, Huq is widely cited in the international media and advocacy literature when it comes to climate change policy issues.

The Bangladeshi academic and advocate is the Director of the International Centre for Climate Change and Development (ICCCAD).

In this interview, Saleemul Huq breaks down some of the essential concepts in global climate negotiations and policy matters. He also gives his take on COP26.

Could you contextualize the role of COP in climate change negotiations and policy?

The COP stands for Conference of Parties of the United Nations Framework Convention on Climate Change (UNFCCC) and is an annual two-week-long meeting of all the governments who have ratified the Treaty to review progress in implementing the treaty. The COP takes place at the end of each calendar year and moves from one continent to another each year. This year COP26 was in Glasgow, Scotland hosted by the United Kingdom and next year COP27 will be in Africa hosted by Egypt in Sharm Al Shaikh in November 2022.

Each COP is held for two weeks with the first week being technical level discussion under two subsidiary bodies of the UNFCCC and the second week is the political week when ministers and sometimes heads of government come to negotiate and agree on the final outcomes of the COP. Very often it doesn’t end on time and is extended for a day or two to try to reach an agreement in the final hours. COP26 in Glasgow was no exception as it went to a day of extra time before it ended.

How do negotiations take place and how decisions are finally arrived at?

The negotiations take place on many different agenda items that deal with different articles of the UNFCCC as well as the Paris Agreement. Each of these parallel negotiation tracks is co-chaired by a representative from developing countries and another co-chair from a developed country who hold both formal as well as informal meetings during the first week of the COP.

The idea is to agree on language for the final COP decision but when language is not agreed then alternative language is provided in brackets.

To give one typical example, there are often differences of views on the use of three words namely ‘shall’, ‘should’, and ‘may’. The use of ‘shall’ is strongest as it requires every country to take actions but ‘should’ only exhorts every country, whereas ‘may’ allows everyone a choice to act or not act.

If the language in the different negotiations tracks is full of brackets at the end of the first week it goes to the ministers in the second week who have to talk to other Ministers and try to remove the brackets.

This is a highly political process and often involves the COP Presidency calling up heads of government to get their acceptance of the final text as everything has to be agreed unanimously and hence even one country can hold up the agreement.

The final decision text is then adopted by all countries unanimously, which happened in the end in Glasgow where the Glasgow Climate Pact was adopted as the final outcome.

Talk about your work at the conference.

I go to the COPs not as a negotiator but as an observer but I do have a role in advising the Least Developed Countries (LDC) group which is the group of poorest and most vulnerable developing countries mostly in Africa and Asia. It currently has 47 countries and was chaired by Bhutan until the end of COP26 and will now be chaired by Senegal for COP27 in Egypt in 2022 as well as COP28 in Abu Dhabi in 2023.

Bangladesh is a member of the LDC group and a number of Bangladeshi negotiators represent the LDC Group in different negotiation tracks.

I have been advising the LDC Group ever since it started initially on the issues of Adaptation and adaptation finance but more recently on the emerging and highly politically sensitive topic of loss and damage. I have also been doing capacity building for junior LDC negotiators over the years. That is why I go to the COP a week before it starts in order to help the LDC Group chair and negotiators to be prepared for the COP before it starts.

During the COP I engage in various side events and also provide advice to the LDC negotiators as and when needed, but I don’t actually attend the negotiations myself.

What do non-governmental actors do at the COPs?

These actors come to the COP to network with each other and plan activities together. They also hold many events outside the UNFCCC COP which is held under very tight security in the conference centre called the Blue Zone. The youth also hold a huge march mid-way through the COP.

These networks and events outside the official COP are sometimes more full of energy and enthusiasm which they try to impart to the official negotiators by lobbying.

What did you and your colleagues at ICCCAD do at COP26?

We had a big team of more than a dozen ICCCAD colleagues who travelled to Glasgow from Dhaka and some of our international colleagues as well. Each of them was involved in running side events both inside as well as outside the Blue Zone.

The Blue Zone includes many different pavilions where different side events were held every day over the two weeks of the COP.

Such side events are excellent networking opportunities.

What was the role of Bangladesh in COP26?

Bangladesh played a very prominent role in Glasgow initially with the presence of Prime Minister Sheikh Hasina during the first two days’ leaders’ summit part of COP26. She spoke at the summit not only on behalf of Bangladesh but also on behalf of the fifty-five countries that are in the Climate Vulnerable Forum (CVF) which she currently chairs. Thus her presentation of the Dhaka Glasgow Declaration was very well received by other world leaders at the Summit.

Then during the two weeks of COP26, a number of extremely experienced Bangladeshi negotiators represented the LDC Group in different negotiations tracks with the Minister and Deputy Minister of Environment participating in the high-level discussions. It is also worth pointing out the role of Saber Hossain Chowdhury MP who represented the LDC Group in several high-level plenary sessions. His role was much appreciated by all the other LDC ministers.

Bangladesh also had a nice pavilion in the Blue Zone where a number of seminars were held from morning to evening every day for two weeks. This was an excellent opportunity for the government as well as non-governmental actors from Bangladesh were able to present and share their work with a wide international audience. This allowed the international participants to see how Bangladesh is tackling climate change in a whole-of-society approach.

Finally, let me also point out the presence and role of TV and print media from Bangladesh who were in Glasgow and were sending dispatches back to Bangladesh from Glasgow every day.

What is your experience of the conference and how do you assess the outcomes of COP26?

At a personal level, every COP is a wonderful experience as I get to meet many old friends and make new friends as I don’t have to spend hours of the day and night inside the negotiations.

However, I am quite disheartened by the outcome of COP26 specifically on the topic of Loss and Damage from human-induced climate change where I had been advising not only the LDC Group but all the developing countries who had proposed the creation of the Glasgow Facility on Financing Loss and Damage which was vetoed by the US and was downgraded to a mere dialogue on the topic.

So, we will have to take this issue up again in COP27 in Egypt where we will get greater support from the COP26 Presidency.

One excellent experience outside the COP was with the people and government of Scotland who initiated the first Loss and Damage fund with a two million pounds contribution announced by Nicola Sturgeon the First Minister of Scotland.

I had the opportunity to meet her at her residence in Edinburgh after the COP was over and discuss how we can build on her initiative going forward.

Originally this interview was published on January 17, 2022 at Dhaka Tribune.

100 billion to tackle climate change is a trillion too short

A decade ago, developed countries pledged to provide developing countries with USD 100 bil…