August 19, 2022
News
Home Dr Saleemul Huq Media After 30 years of negotiations, where next on the climate crisis? In conversation with Saleemul Huq.

I sat down recently with Saleemul Huq, a scientist and activist who has attended every single global negotiation on climate change since 1992. Saleem is Director of the International Centre for Climate Change and Development (ICCCAD) in Bangladesh and Senior Fellow at the International Institute for Environment & Development (IIED) in London. We discussed the evolving climate debate and ended with some quickfire questions sent in via twitter.

Personal Journey: I started off as a biologist, I studied here in London at Imperial College and then went back to Bangladesh and taught botany. With some friends I started up the Bangladesh Centre for Advanced Studies and chose to focus on environmental issues which at that time no-one was looking at in Bangladesh. This is the mid-80s.

In the early 90s I was asked to participate in some of the early studies looking at the impact in Bangladesh. A group of researchers in Massachusetts were looking at low lying coastal areas around the world, combining satellite images with ground truthing.

The big difference between what we predicted then and what has happened since is firstly that reality is more of a patchwork – some parts are well protected, others are vulnerable. The second point is that it’s not just about floods. Salt water coming in and affecting the land and drinking water is a much more serious problem than we envisaged, affecting millions of people. One of the big adaptations is rainwater harvesting for drinking water, and developing saline-tolerant rice varieties in our rice research institutions. Bangladesh is at the forefront in finding solutions like these.

Looking back on 30 years of climate negotiations: I see 3 major phases of both the perceptions of and the solutions to climate change. The first phase was the ‘environmental problem’ phase, where the problem was the emission of Greenhouse Gases and the solution was to reduce their emission. The interlocutors were environmental scientists and climate modellers on the science side, and on the policy side, environment ministries coming together at the UNFCCC.

The second phase started around 2001 with the 3rd assessment report of the Intergovernmental Panel on Climate Change (IPCC). They said our efforts at reducing emissions were failing, so we now faced inevitable impacts. 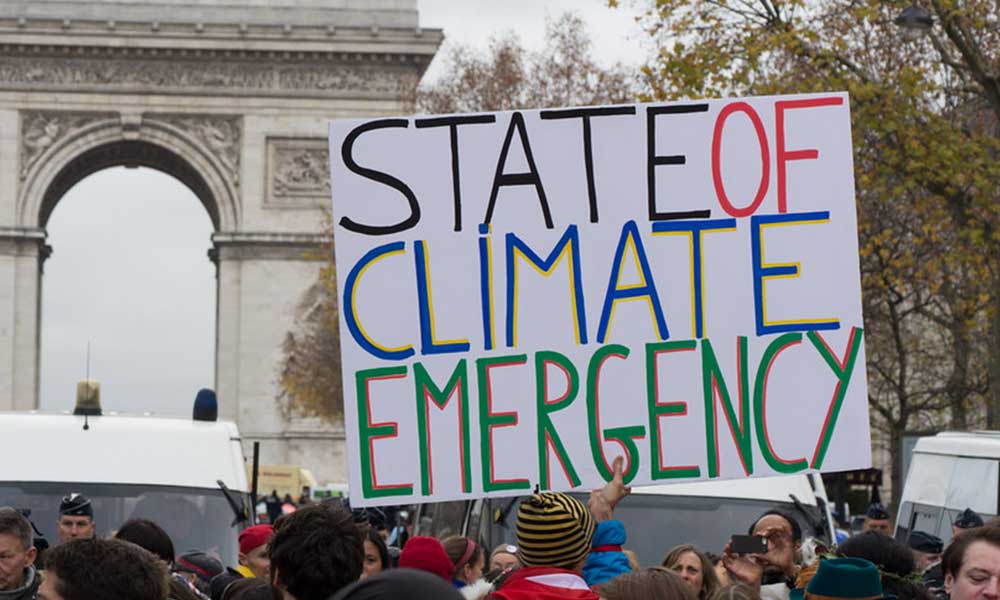 This brought in a whole new group of stakeholders: developing countries and development agencies, who had heretofore not engaged. Previously there had been separate development and environment worlds. The development world saw that the solution to climate change was adapting to it.

So we had a new phase of solutions called adaptation, primarily for poor people and countries – the first phase had been mitigation, reducing emissions, primarily for the big emitting countries (increasingly, they include big developing countries like China, India, Brazil). So now there were two groups of countries involved, and mitigation and adaptation were two twin tracks, driving the negotiations year after year.

On the adaptation side, we’re trying to get more money. The promise for $100bn a year from 2020 onwards is unfulfilled – it’s hard to be exact, but we have about half of that, much of it double counted and redirected from aid budgets. The problem for the most vulnerable countries is that 80% of that is going to mitigation, only 20% to adaptation, whereas we are asking for 50/50.

Phase 3: The third era is what we are now in, which reflects our failure sufficiently to mitigate or adapt. Now we are seeing real impacts – I think 2020 is the pivotal year on this, the wildfires in Australia were an eye-opener.

If the first phase was environmental, and the second was environment plus development, the new phase involves everyone. In particular I see the school children led by Greta Thunberg as representing this new wave, for whom it’s not just about environment or development, it’s about injustice – something rich countries are doing to poor ones; screwing up the planet for their own kids. It’s a moral question now.

DG: What’s your theory of change for Phase 3? You’re saying we have moved from a state-to-state negotiating model, or a state-to-state + civil society one, to something driven by mass public pressure. But to what end? To change attitudes? No way will that be fast enough. Or to change public policy? In which case you’re back in negotiations. Which is it?

Saleem: It’s all of the above. But the criticism that it’s not going to be enough is just a lazy comeback. We know that, but that doesn’t mean we sit back and let everything happen. We have to fight. We have to do what we can. One potential avenue of breakthrough is that it can be a genuine global mass movement, linked by ICT – look at the schoolkids for example. Secondly, the broader investment world is where the significant change potential lies. We can convince investors in the energy sector that investing in fossil fuel companies is not a very good investment any more. The companies fight back and buy governments, but the investors could be a tipping point – they will walk away if they see more profits elsewhere. That has nothing to do with global negotiations.

CoP 25 in Madrid showed very blatantly that certain leaders – Trump, Bolsonaro, Morrison, simply do not represent the best interests of their own countries, but those of companies who pay them. We have a very stark divide between good guys and bad – we can’t persuade them any more. 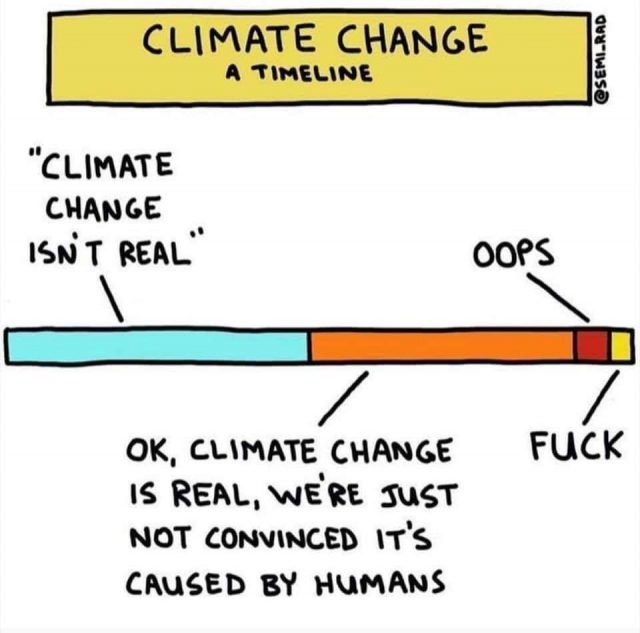 Prospects for CoP 26 in Glasgow: It’s a make or break CoP. Here’s why. On the Thursday of the first week of the CoP we will have the US presidential election. If we get a Democratic president, we have a completely new situation – every single democratic contender has said the US will rejoin the Paris Agreement. If Trump wins again, then we’re in trouble. He and his allies will block everything, and we need to be prepared for that.

But negotiations still need to play a big role – they are the only game in town if we want global action with everyone committing. Coalitions of the Willing are second best, but they’re better than nothing.

Does the climate crisis mean we have to change everything (fix capitalism, global politics) or can we respond by doing a few things deeply?

I feel it requires a major change, globally, but you have to start incrementally. Climate allows us to address a variety of problems that predate climate change, but are globalized. We need to think of ourselves as citizens of planet earth first, and citizens of our country second. That’s a big leap, it’s difficult, but climate allows us to do that – the climate problem does not have borders. My metaphor is we need to think of this as a global war of all countries, all people against climate change – it’s like an alien force attacking earth, and we all have to come together. At the moment the mindset is each country for itself – that’s the wrong framing of the problem.

Geoengineering: I see it as something we have to understand. I run a major research conference every year in Bangladesh and this year we asked one of the big Harvard experts to come and tell us what it is. I think we cannot afford to just blindly oppose – we need to know what it is.

Originally this interview was published on 5 March, 2020 at From Poverty to Power Website.