C. Emdad Haque one of our Visiting Researcher share his story.

Learning resilience from the people of Bangladesh 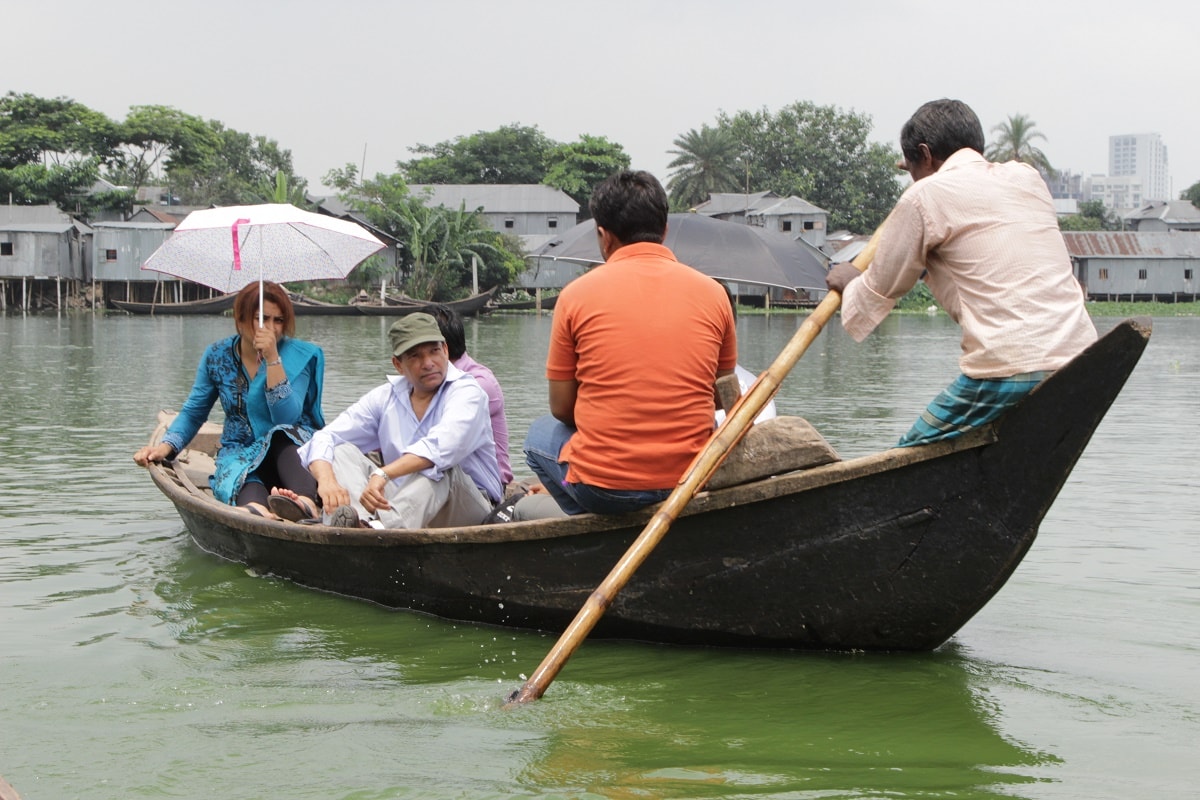 In the aftermath of Hurricane Katrina in 2005, a panel of experts on CNN suggested that if any country or society needs to learn about resilience to natural disasters, they should look to Bangladesh. This is because Bangladeshis have confronted cyclones, tidal surges, and floods for so long and on such a great scale that their accumulated experiential knowledge is an immense resource for the global research and practitioner community. Although the country’s geographical location, very high population density, and low level of technology in rural communities make it one of the most disaster-vulnerable countries in the world, its people never give up. They reorganize themselves, reestablish their livelihood, and move forward to build a better life. Knowing about the risks that Bangladeshis face and deal with on a regular basis, I chose to spend my research leave in Bangladesh from January to June 2017. I was affiliated with ICCCAD as a visiting researcher and wanted to discover on the ground what really makes Bangladeshi society more resilient to natural disasters. I learned a lot. 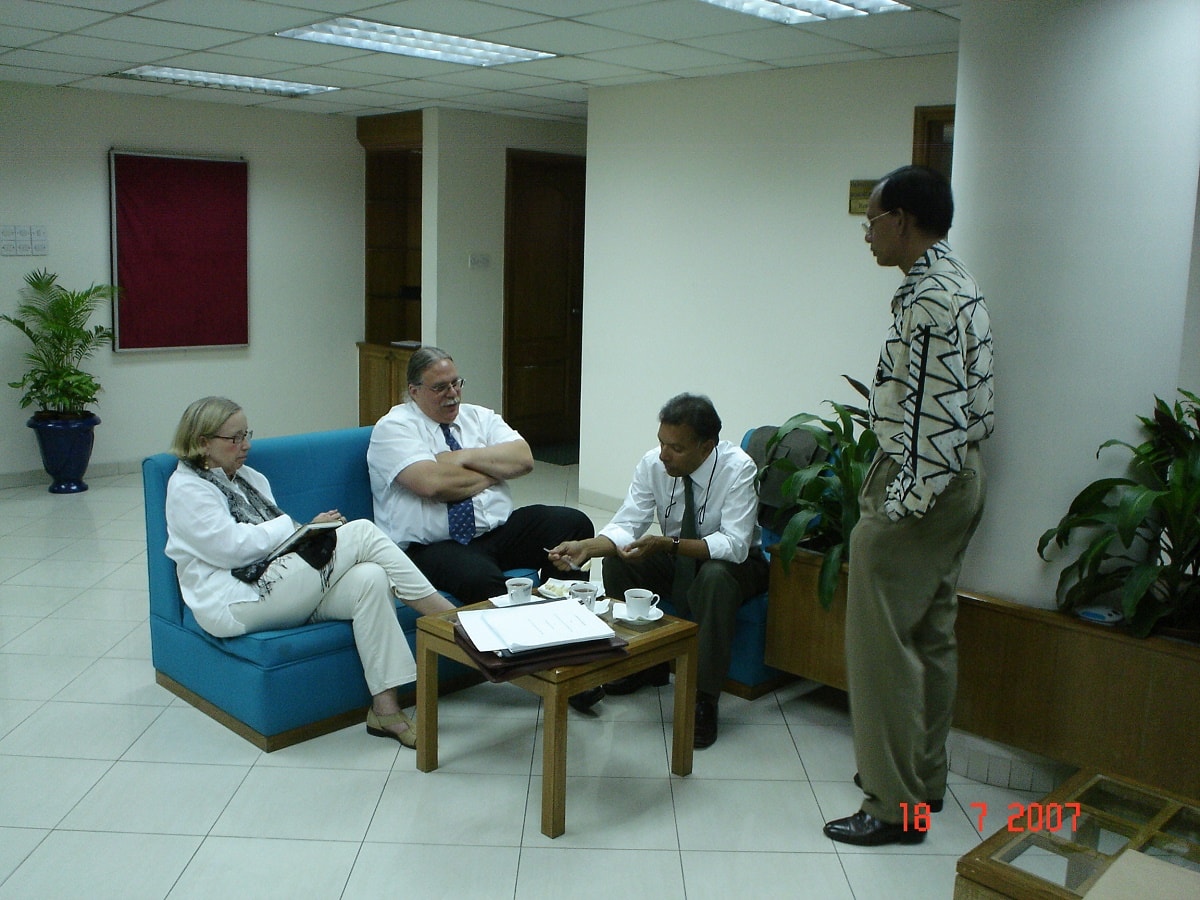 As I am quite familiar with the literature on multi-dimensional vulnerability, I set out to explore the physical and social aspects of vulnerability with ICCCAD Director Dr. Saleemul Huq and researchers and fellows from both Bangladesh and abroad. It appeared to me that Bangladesh’s communities are physically very vulnerable due to the country’s natural physiography, extreme and volatile monsoon weather exacerbated by ongoing climate change, and poorly constructed infrastructure. Nonetheless, Bangladesh’s people live and lead a life at the forefront of high-risk zones and are mentally very strong. Folks who live on riverbanks move several times as erosion frequently takes away their homes; folks who lose their homes numerous times due to severe cyclones and storm surges rebuild their houses; folks who lose their family members due to disasters receive comfort from their neighbors and relatives. Through my observations along floodplains, coastal areas, and haor regions, and by listening and learning from ICCCAD researchers, I came to the conclusion that the cultural mindset that “risks are part of life, and one has to deal with it” is one of the main pillars of Bangladesh’s resilience to disasters. The practice of living with nature and its constructs – such as risk, hazards, and disasters – and remaking livilhoods in spite of these on-going phenomena are deeply understood by the people of Bangladesh.

During my stay in Bangladesh, ICCCAD became a platform to meet people from other institutions as well. As a representative of a Canadian university, the University of Manitoba, I had the opportunity to explore strengthening institutional partnerships with key actors working on the action-research frontiers of climate change, adaptation, capacity building, community development, and social change. One such institution is the Bangladesh Centre for Advanced Studies (BCAS), led by Dr. Atiq Rahman. Along with several representatives from BCAS and ICCCAD, we brainstormed ideas on how to strengthen climate change adaptation capacities at various levels, including among the government, NGOs, civil society organizations, and community-based organizations. It appeared to us that in terms of policy formulation, policy framework development, and transforming policy ideas into legislative Acts, Bangladesh’s governmental regimes have accomplished commendable achievements over time. There are Standing Orders, decision-making systems, and volunteer programs in place, among other initiatives. While at least 300,000 people died in the 1970 Bhola Cyclone, only a few persons lose their lives from the same scale cyclones in Bangladesh today. Macro-level institutions thus helped Bangladesh’s local communities to become more resilient over time. I have no doubts about it, as I have seen it first-hand during my stay in Bangladesh.

Near the end of my research leave, there was an early monsoon in the upper catchment area of the Surma, Kushiara, and Meghna rivers, which triggered an early warning of flash floods in the northeastern regions of Bangladesh. However, concerned institutions such as the Water Development Board were not well prepared for a very early flash flood, as this had never previously occurred. The sudden flash floods in June in the haor region killed ducks and fish on a scale never seen before. There are many theories for this phenomenon; perhaps the animals were exposed to radioactive materials, depleted levels of oxygen in the water due to rapid decay of vegetation, or runoff from overuse of insecticide and herbicides. I had lengthy discussions and debates with my colleagues in Bangladesh. Though it was unclear what caused such havoc, it was clear that ”something unusual has been happening,” leading to uncertainty. My stay in Bangladesh and my affiliation with ICCCAD provided me an opportunity to experience first-hand how we will face a lot more uncertainty  with regard to natural calamities, particularly related to climate variability and climate change.

I will miss the interactions and debates with my ‘argumentative colleagues’ in Bangladesh, who enlightened me on what resilience means in a given culture and its geographical settings. Indeed, there is no better place than Bangladesh to learn about resilience. The CNN panel in 2005 was very right!

Despite promising steps taken at COP26 in Glasgow last November, the world is off track to…