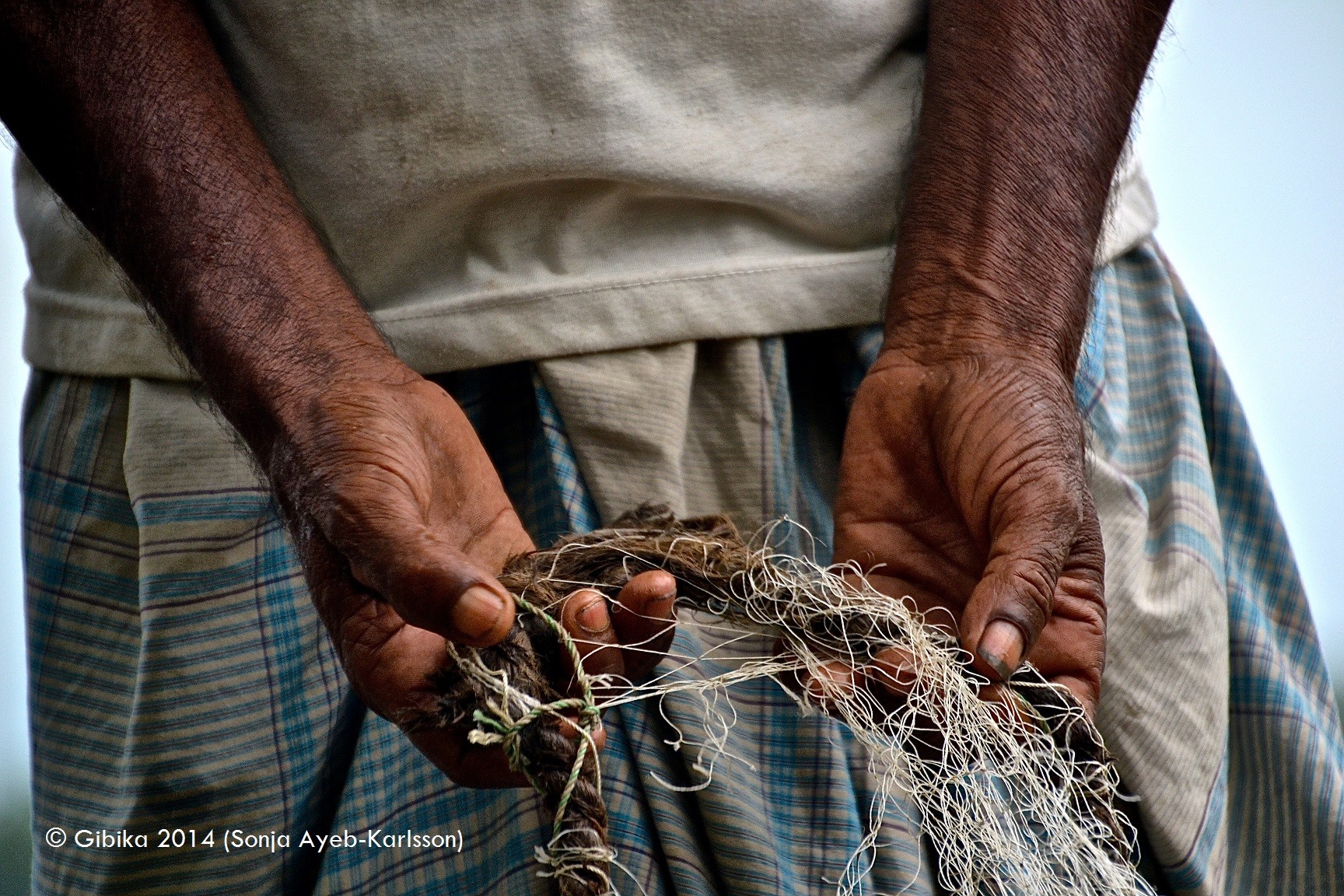 The aims of the Gibika (Research to Action) project are to advance a scientific understanding of livelihood resilience in Bangladesh, and to apply scientific conclusions towards community-led solutions (projects in the communities) that improve the living conditions of vulnerable people. When livelihood systems are not resilient, environmental shocks can have long-term impacts on human well-being and development goals. By implementing community-led solutions, this project can promote livelihood resilience, and protect progress toward development.

The partnership is a five-year research-to-action partnership between International Centre for Climate Change and Development (ICCCAD), United Nations University – Institute for Environment and Human Security (UNU-EHS) and Munich Re-Foundation (MRF) with aim of improving the living conditions of people in our seven sites in Bangladesh through scientific research and community-led action.

The research methods have been selected to achieve the project goals:

In April and May 2013, the project partners undertook field work to identify and select sites in Bangladesh that were representative of livelihood systems experiencing extreme environmental adversity.  The aim was to find sites in the three principal stress clusters affecting Bangladesh:

The rationale for these additional criteria was that sites with historical experience with stress, and high inputs for adaptation would have insight on confronting challenges that could be readily transmitted to sites with recent experience and low adaptation inputs.  After long consultations the team was able to identify potential sites, and implement the site selection methods.  At least one focus group discussion per site was conducted (in some sites more), and two semi-structured “expert” interviews with a representative of an affected household and with someone knowledgeable about local environmental risks.

Following the first Resilience Academy in September 2013, it was decided to include two additional sites: one on the coast and one in Dhaka. The coastal site is experiencing extremes associated with each tropical storm, but also recently begun facing the types of environmental stresses associated with sea level rise. A slum in Dhaka was included because many of the rural people who are presently affected by environmental stress will be living in slum areas in the future. The project team found two slum areas composed of environmentally-induced migrants, and decided to include one of those among our sites.

Gibika (Research to Action) is comprised of the following 7 research sites:

After two years of research, Gibika started its Action phase in January, 2016. Based on the research findings, Gibika project started working on Disaster preparedness at Dalbanga South village in Barguna district, and it mainly focused on community capacity development. The project finds lack of knowledge on Early Warning System (EWS) and disaster preparedness as a key reason for rendering disaster reduction efforts unsuccessful. Recognizing the importance of continuity in learning the project has set up periodic courtyard learning sessions on EWS and disaster preparedness that are to be conducted annually prior to the two cyclone prone seasons and facilitated by people from the local community. Local people have been trained so that they are able to continue conducting these sessions among themselves beyond the project period. The project has employed other participatory methods such as mock drills, street dramas, risk mapping and evacuation to further facilitate mutual learning. The project has now expanded its study area and is currently carrying out the same activities in five new villages adjacent to Dalbanga South.

The annual Resilience Academy is meant to provide a platform for connecting communities of expertise (early phase practitioners, academics, and policy analysts), examining livelihood resilience in the face of local and regional realities, and co-creating concepts to foster resilience.

Papers and policy briefs produced in the context of the academy aim at influencing big policy milestones in the area of Climate Change Adaptation, Disaster Risk Reduction, Humanitarian Response and Development in 2015 and beyond.

The Resilience Academy builds on an already established partnership between MRF and UNU-EHS on the Summer Academy which ran for eight years and was developed under the aegis of the Chair on Social Vulnerability.

UNU-EHS is publishing a series of working papers written by Resilience Academy participants in support of the core argument of the paper “Livelihood resilience in the face of climate change”, which appeared in the Nature Climate Change article.

The electronic copies of the working papers will be updated as they are released.

Resilience Academy 2013: What is resilience