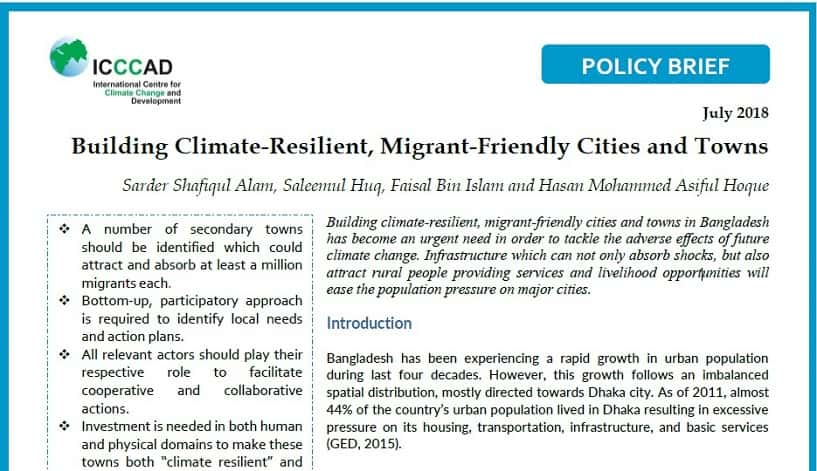 Bangladesh has been experiencing a rapid growth in urban population during last four decades. However, this growth follows an imbalanced spatial distribution, mostly directed towards Dhaka city. As of 2011, almost 44% of the country’s urban population lived in Dhaka resulting in excessive pressure on its housing, transportation, infrastructure, and basic services (GED, 2015).
This pressure is accumulating every year as a result of rapid population influx where climatic stresses play a major role in driving people towards major cities in search of livelihood opportunities. It is projected that around 13 million people within Bangladesh are likely to be displaced by 2050, eventually migrating to Dhaka and other major cities, where climate migrants are likely to outnumber other internal migrants (World Bank, 2018). It will be difficult for cities like Dhaka to absorb this huge influx of climate migrants.
The citizens of Bangladesh should not be encouraged to migrate into major cities. Rather, they should be incentivized to move to other secondary cities in the country. As climate change worsens, and more people are likely to migrate from their rural homes to urban centres, it is imperative that Bangladesh pursues a policy of creating climate resilient, migrant-friendly cities to disperse the massive influx of migrants moving to Dhaka.
View Full Paper