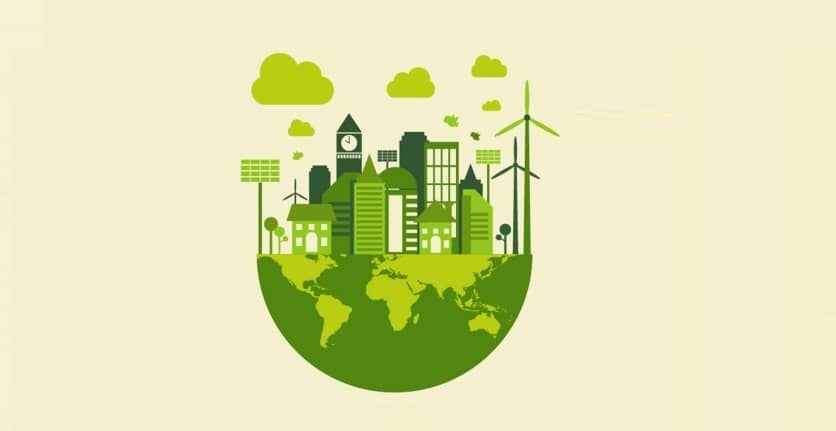 The title of this article has been borrowed from an on-line discussion organised by the Policy Research Institute on June 20, 2021. I was a panelist at the event, which some current and former World Bank officials had participated in, together with most of the famous environmental experts of Bangladesh.

With its physical and socio-economic parameters, Bangladesh can be said to present a test case of sustainable development, particularly of environmental sustainability. About 165 million people, exactly half of the US population, live in a territory that is just 1.5 percent of the US, and obviously this tends to surpass the carrying capacity of the source and sink functions of nature. So, the importance of a sound policy-management framework cannot be over emphasised in Bangladesh. Both the brown issues, i.e. pollution from all types of economic activities and the degradation of natural resource base (green issues) are extremely challenging for Bangladesh.

Let me briefly conceptualise the problem of pollution and degradation, so that we can relate where Bangladesh stands today along the pollution curve. Environmental problems are seen as market failures, manifesting as negative externalities, i.e. the side effects of economic activities not factored into pricing of products and services. So, taxes/charges are used for internalising the externality costs of polluting and resource depleting activities. There are at least three schools of thought on the relationship between economic growth and pollution. The first is called the environmental Kuznets’s curve (EKC)—an inverted U-shaped curve showing that at the initial stage of growth, pollution and degradation levels go up, but with rising income, demand for better environmental quality grows and the market responds to clean up the mess. The industrial countries travelled this pathway. The 1987 Brundtland Commission Report “Our Common Future” represents this school of thought, with some modifications, such as less material and less energy-intensive growth, with a focus on the needs of the poor.

The second school argues that ignoring the environmental soundness of growth—even if this leads to short-term gains—will undermine long-term growth and the quality of citizens’ lives. This thinking is led by the World Bank. The third school has a new way of thinking under Ecological Economics, which postulates for grounding economics to the finite realities of nature. According to this thinking, the “part”—the economic sub-system—cannot continue to grow “ad infinitum” where the “whole” (the global ecosystem) remains non-growing. This school draws a distinction between growth, i.e. physical expansion of the economy, while development means improvement in the quality of a system. The growth in Dhaka city is a stark example, which does not lead to development. But in Bangladesh, we certainly need both growth and development at this take-off stage.

Now the time has come for Bangladesh to focus on greener growth and development. For the right reasons, Bangladesh is looked at by the world as a model of adaptation and disaster management. With about USD 2000 per capita, Bangladesh still stands at the lower rung of the EKC, away from the its plateau, from where the curve starts bending down. However, there is recognition in the latest government policies and plans that we need to embrace environmental protection too. There are at least policy pronouncements of imposing higher penalty for violation of environmental rules, or the intention of imposing environmental taxes. So, this state reflects the second strand of the environment-economy relationship.

However, economic growth considerations still dominate. Yet, the ideas contained in the second strand could have been realised as win-win options, given proper governance of the environmental regime. The weakest loop along the way lies in implementation. The culture of transparency and accountability are not yet strong in Bangladesh. Though there are policy pronouncements of better environmental governance and participatory process, it has not yet been fully realised.

The industrial world and even many developing countries now apply more of economic and social instruments for environment management. Based on the polluter-pays-principle, many countries have successfully introduced green/carbon taxes. Our budget contain some incentives/tax provisions encouraging or discouraging domestic production or import of goods. Community participation in resource protection has been accepted at the policy level. But they lack clarity and direction, so genuine participation on the part of communities is not yet there.

50 years is not too short of a period for a country like Bangladesh. From a totally war-ravaged economy, it has achieved commendable progress in its economic and social parameters, but not when it comes to the environment. Our GDP is likely to shoot up to about USD 2.5 trillion in 2050, giving a per capita income of over USD 12,000 in current prices. So, the vision of Prime Minister Sheikh Hasina will come true by 2041—a developed Bangladesh. The million-dollar question is, can such uninterrupted, rapid growth be ensured, while maintaining environmental sustainability?

This is where the World Bank and UN development agencies can help, as “norm builder” and “norm promoter”, which they have been doing. However, the past models of the WB focused more on macro-economic stability and sectoral planning, with big investments that may not work at this stage of planetary or climate emergency. For example, evidence from the communities at the frontline of climate impacts show they have the agency—as agents of change, given some autonomy under a conducive socio-political environment. Instead of worshipping GDP growth, a “targeted” approach to local and regional development is needed if we really want to go green.

We all appreciate that adaptation is mostly local and regional/spatial, because climate impacts manifest that way. For the right reasons, Bangladesh is assuming the lead role in the locally-led adaptation (LLA), an action track of the now-defunct Global Commission on Adaptation. The GCA also has another action track—Nature-based solution (NbS), which is vital for green growth. The family-led homestead forestry in rural areas of Bangladesh is impressive. What about the natural forest, which is the main container of biodiversity? What about urban forests, where we really are poor? Will the WB with its big portfolio be able to ground itself to promote LLA or NbS? This will certainly require devolution of decision-making and financial resources down to the local communities. With the new initiatives under the expedited direct access (EDA), can the Green Climate Fund or Adaptation Fund scale the process? This is a real challenge for the most densely-populated country in the world.

As a concerned citizen, I doubt very much whether the WB can down-scale its growth model, which really matters for Bangladesh, if we want to go clean and green. This will warrant for the model to be changed, because it must encompass LLA and NbS. If we really mean business, the model must be expanded to allow inter-disciplinary frame-bridging, with a cognitive flexibility.

Originally this article was published on July 04, 2021 at The Daily Star. The author Dr. Mizan R Khan is the Deputy Director of International Centre for Climate Change & Development (ICCCAD), and Programme Director of LDC Universities’ Consortium on Climate Change (LUCCC).
Email: mizan.khan@icccad.org

The third era of climate change is upon us