Over the last few weeks, I have been in Europe, and it seemed that everywhere I went, there were record-breaking weather events. And these events are unequivocally linked to human-induced climate change due to the emissions of greenhouse gases (GHGs), which are causing the global temperature to rise. Let me briefly describe some of these extreme weather events that I witnessed, and how we need to change our strategy to tackle this new situation, since our old strategies are no longer working.

The first climate change impact to take note of is the major heat dome over western Europe, which has already caused extreme wildfires in Portugal, Spain and France, causing hundreds of deaths and making thousands of people homeless – and the worst is yet to come.

In the UK, the met office just issued an unprecedented Red Emergency warning for temperature up to 40 degrees Celsius, which climate change modellers had not predicted to happen until 2050.

As I travelled back to Dhaka, I was able to witness the remnants of the unprecedented floods in the northeastern part of Bangladesh that left millions of people homeless and destitute. Loss of lives was minimised, which is good news, but there were major losses of livelihoods and infrastructure.

At the same time, global leaders are meeting in Germany as part of the Petersberg Dialogue on climate change in preparation for the 27th United Nations Climate Change Conference (COP27), which is scheduled for November this year. But the aftermath of the Ukraine war and the resulting rise in fuel and food prices internationally will mean potential global crises.

Unfortunately, the tendency of the leaders in major economies is to try to increase, instead of decrease, their dependence on fossil fuels, which has caused the climate crisis we now face.

So the question that all of us now face is: How can we change this business-as-usual approach and move to a new way of thinking and acting? 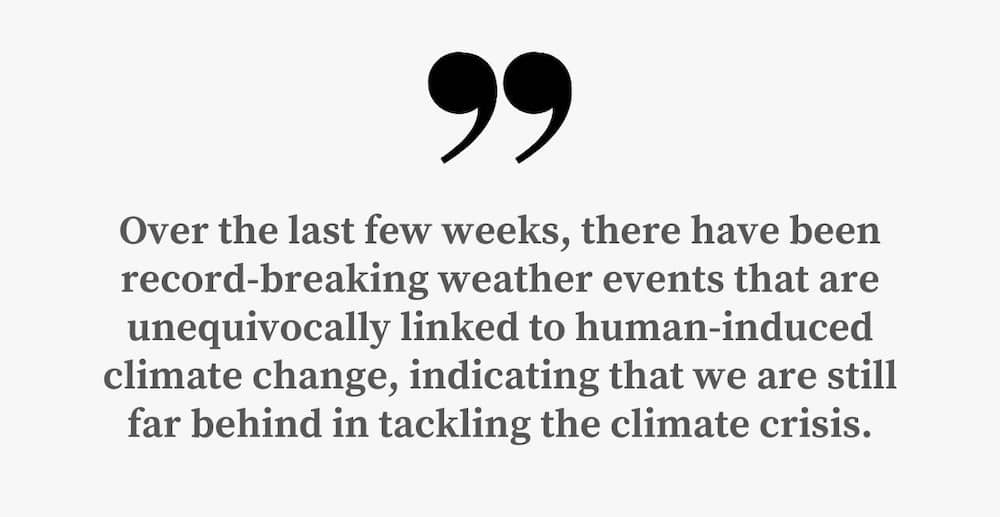 My first suggestion is to take a whole-of-society approach in place of simply leaving it to our leaders, who have clearly failed us. This means that every one of us must regard ourselves as agents of change in tackling climate impacts. Regardless of where we live, we must combine working at local as well as national and even global levels wherever we can.

The second way in which we need to change our thinking and planning is to recognise that the polluters all need to be challenged and exposed. These include the major fossil fuel companies as well as their client politicians who have been extremely effective in preventing actions over the last three decades. The time has come to make them pay for the loss and damage that they have been responsible for and have profited from.

My third suggestion is forming as many global coalitions of actors who want to take action to come together and express solidarity with each other as possible. The good news is that these coalitions of the willing are already active, such as school kids in the Fridays for Future movement, companies and organisations in the Race to Zero and Race to Resilience initiatives, and platforms like the Climate Vulnerable Forum (CVF). What these different coalitions of action need to do is accelerate their own activities while linking up with each other to enhance their effectiveness.

All this is not to minimise the importance of the United Nations Framework Convention on Climate Change (UNFCCC) and its annual COPs, where governments have already adopted the Paris Agreement, but to acknowledge its limitations and put in place more effective ways of taking global action by different actors.

Finally, in Bangladesh, the time has now come for us to also recognise that the global temperature may rise beyond 1.5 degrees Celsius in reality – perhaps to two degrees or even higher. This means that we may have to revise our National Adaptation Plan keeping the potential impacts of such a situation in mind. We need to hope for the best, but plan for the worst. I have no doubt that we can in fact tackle the climate crisis globally as well as nationally, but only if we acknowledge the emergency in the first place.

Originally this article was published on June 29, 2022 at Daily Star. The author Prof. Saleemul Huq is the director of the International Centre for Climate Change and Development (ICCCAD) at the Independent University, Bangladesh (IUB).
Email: saleemul.huq@icccad.org