The Least Developed Countries (LDCs) Universities Consortium on Climate Change (LUCCC) is a South-South long-term capacity-building platform comprised of 10 universities as founding members from the LDCs at the moment. Under this network of universities, faculty members and students share experiences and knowledge on climate change to build capacity through education, training, research and communication. LUCCC as an LDC-wide initiative has been endorsed by the LDC Ministerial in Addis Ababa in October 2018.

At COP21 in Paris the parties to the conference witnessed a discussion, perhaps for the first time, on the issue of capacity building that led them to ponder over UNFCCC’s role in this regard. After considerable discussion, Article 11 of the Paris Agreement reaffirmed that capacity building and climate education is essential to effectively implement climate action. Hence the emphasis has now shifted from short term capacity building to long term capacity building. It was further mandated upon the formation of the Paris Committee for Capacity Building (PCCB) at COP22 in Marrakech, Morocco in 2016. During COP22 in Marrakech the Independent University, Bangladesh (IUB) and the University of Cadi Ayyad in Morocco held a side event to discuss the role of Universities in implementing Article 11 of the Paris Committee. Also the Research and Independent NGOs (RINGOs) group, along with IUB and the UNFCCC Secretariat, held another side event on the same topic. Following an overwhelming support from students and faculties of the universities from the Least Developed Countries (LDCs), ICCCAD and MUCCRI took the initiative to set up the LDC Universities Consortium onClimate Change (LUCCC), a South-South Consortium of 10 Universities from the region to enhance knowledge on climate change through climate capacity building, with a focus on adaptation measures, such as education and research.

The Consortium is managed at the moment by the International Centre for Climate Change and Development (ICCCAD) at Independent University, Bangladesh (IUB) in Dhaka. A Governing Board as well as an Executive Committee will be formed soon to collectively run LUCCC. 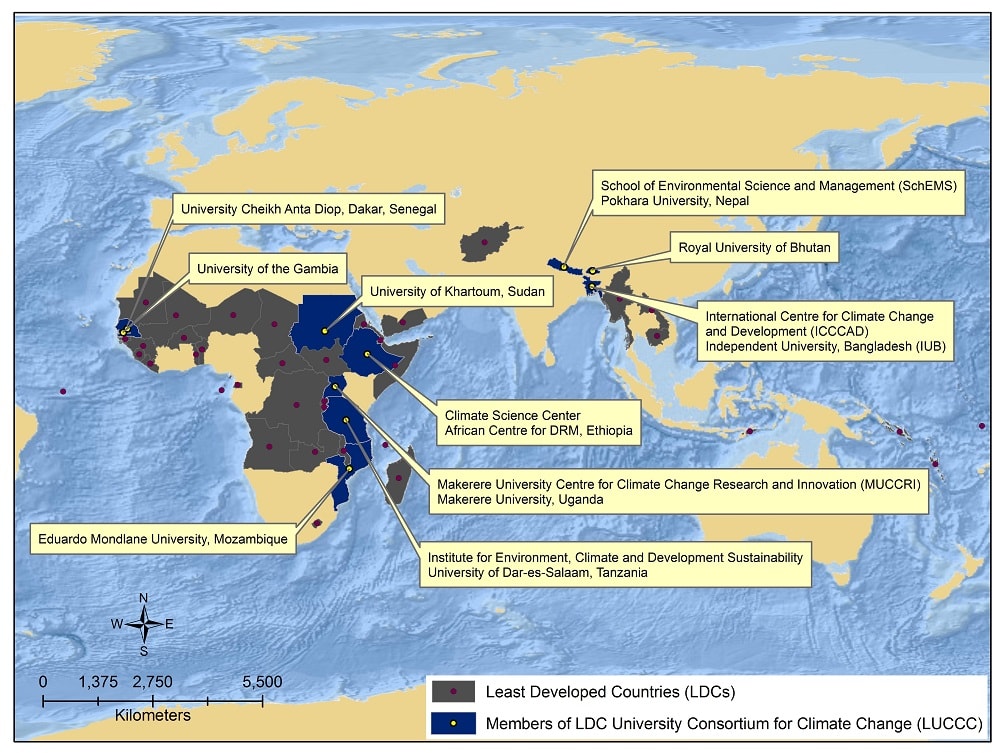