Anja Rühlemann one of our Visiting Researcher share her Experience on Global Development Institute Blog.

Learning from Local Experts in Bangladesh 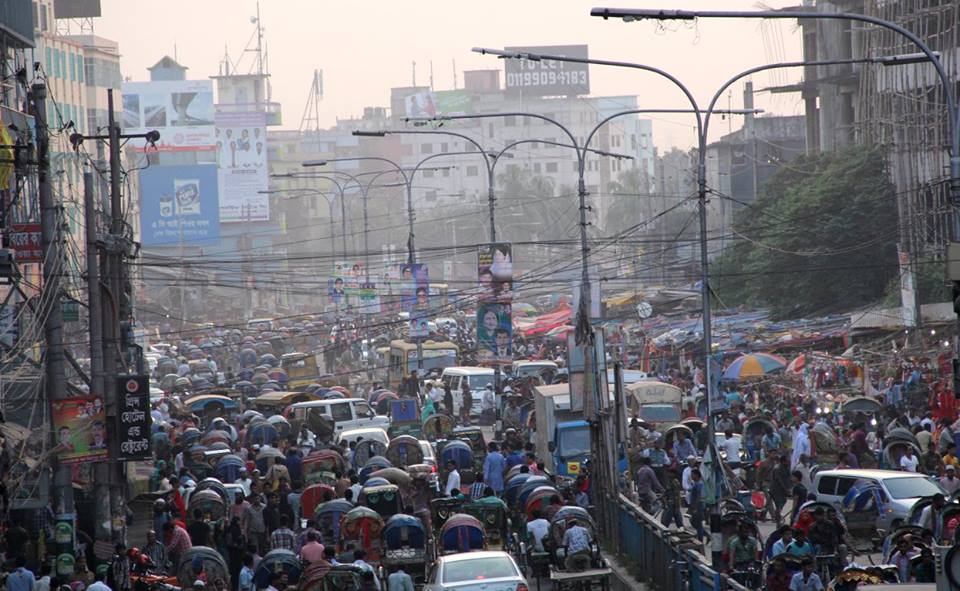 While I was doing my Masters in International Development at The University of Manchester my mentor Dr Joanne Jordan not only triggered my passion for climate change topics, but also laid the path to one of my most memorable experiences. The Manchester-Dhaka exchange programme, recently established by Dr Jordan, gave me the exciting opportunity to explore a new culture and apply my theoretical knowledge at the International Centre for Climate Change and Development (ICCCAD) in ‘disaster prone Bangladesh’. So, after finishing my dissertation on the impacts of culturally created vulnerabilities and perceptions on climate risks, I was ready to leave the comforts of Manchester to throw myself into a buzzing new world.

Truth be told, when I arrived in Dhaka I was exceptionally overwhelmed during my first few days; not just because my white skin drew a lot of attention, but I constantly jumped away from cars, CNGs and rickshaws, nearly fell through huge holes in the pavement into the sewers, stumbled over goats on my way to work every morning and had to haggle down the ‘white skin tax’ while being soaked in my own sweat after hardly taking a step out of our guesthouse. What didn’t seem pleasant in the beginning became, however, a beloved new home where I was surrounded by the most welcoming people I have ever encountered.

The best part was that my professional and social learning went hand in hand; I was introduced to great new traditions, such as the Holi and New Year’s festival, and to great food, with Phuchka and Naan becoming my all-time favourites. Since my academic focus had mainly been on the linkages between social relations and climate stresses, I found plenty of activities in Dhaka: I became involved in a new gender and climate change programme at ICCCAD; participated in awareness spreading activities at the International University Bangladesh on International Women’s Day; went to workshops with university students; and worked on several urban climate projects and reports. I was put in touch with lots of fascinating people who were either already part of ICCCAD’s incredible network, or who I met at The University of Manchester’s alumni dinner, climate conferences and other events. The variety of tasks, activities and colleagues with different research interests helped me gain a deeper insight into the climate change world, relevant policies, organisations and programmes.

Although I mainly worked on urban resilience projects, field trips were certainly one of my highlights. Our colleagues took us to the Bagerhat and Gopalganj district where we examined successful land raising, shrimp farming and floating vegetable projects in response to reoccurring floods. Since I could not get enough of the beautiful countryside, I also joined a trip to the Barguna district where we spoke to men and women who lost their homes and entire villages to the currents of the river. Heartbreaking stories and rather temporary adaptation strategies were shared, but also optimism and hope that these villagers would not have to move to Dhaka – their last option when land is no longer available. Since community-based strategies had always been stressed during my Masters, it was particularly interesting to experience locally conducted workshops on cyclone preparedness, and also to see innovative research approaches in the field, using film and photography to capture local voices and contexts.

Back in Dhaka, I threw myself into the local daily life as much as possible. Most exciting for me, however, was the encounter with a wonderful local woman, my tailor, who taught me to sew. Some of my best memories from Dhaka were made at her tailor shop, where I spent hours with her family and friends, communicating mainly with my hands and learning about their lives.Wherever I went, I met interesting people. 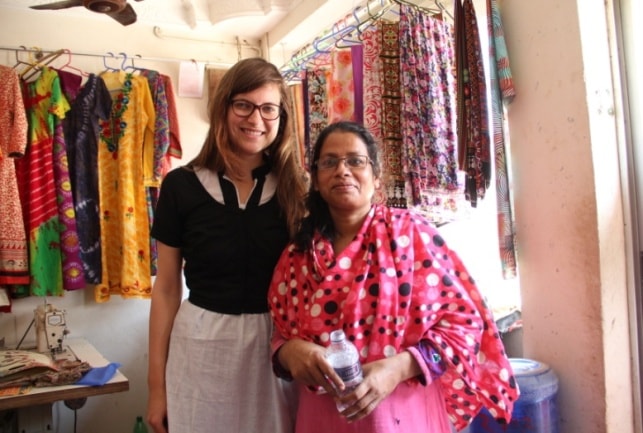 One invited me to help rebuild a burnt down school in the Kolai slum. Another brought me along to sing and play with children from disadvantaged backgrounds at a South Korean school. All these experiences would not have been possible without ICCCAD’s supporting team, network, guidance and flexibility to immerse in Bangladesh’s fascinating culture which at the same time helped me to understand why people from certain social and cultural backgrounds, particularly women and/or those with low incomes, are certainly differently and often more adversely affected by climate stresses.

Originally this article was published on   Jul 25, 2017 at The University of Manchester Global Development Institute Blog.

Despite promising steps taken at COP26 in Glasgow last November, the world is off track to…